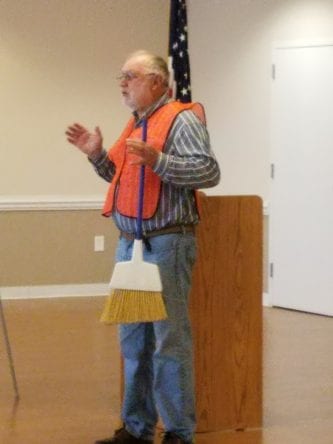 YOUNG HARRIS, Ga. – Clean Sweep week proved to be a success, resulting in a cleaner environment for Towns County. The annual event took place from April 16 through 21, corresponding with Earth Day. 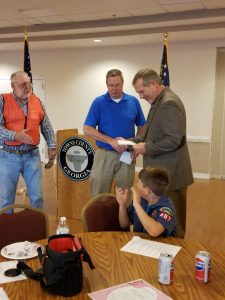 Volunteers donated their time by clearing the roadways of litter and attending a gratitude dinner hosted by Towns County Commissioner Cliff Bradshaw April 24, 2018, at the Towns County Recreation Center. Pizza and soft drinks were served, complements of the commission’s office. 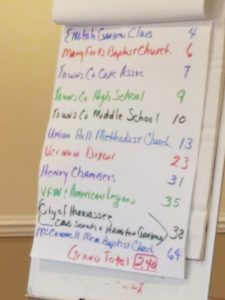 A total of 240 bags of litter were collected.

J.C. Berrong promoted and organized the Clean Sweep week. Commissioner Bradshaw honored Berrong with a certificate of appreciation for his dedicated service.

Cash prizes of $200 were awarded in three categories for the most trash collected by an individual, a church or business, and a club or organization.

Henry Chambers, who yielded the largest amount in the individual category, along with the City of Hiawassee, who joined in effort with Hamilton Gardens, donated their prizes to the local Boy Scouts. 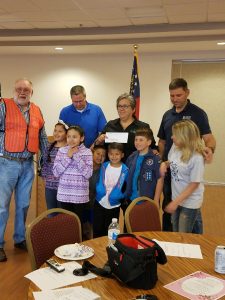