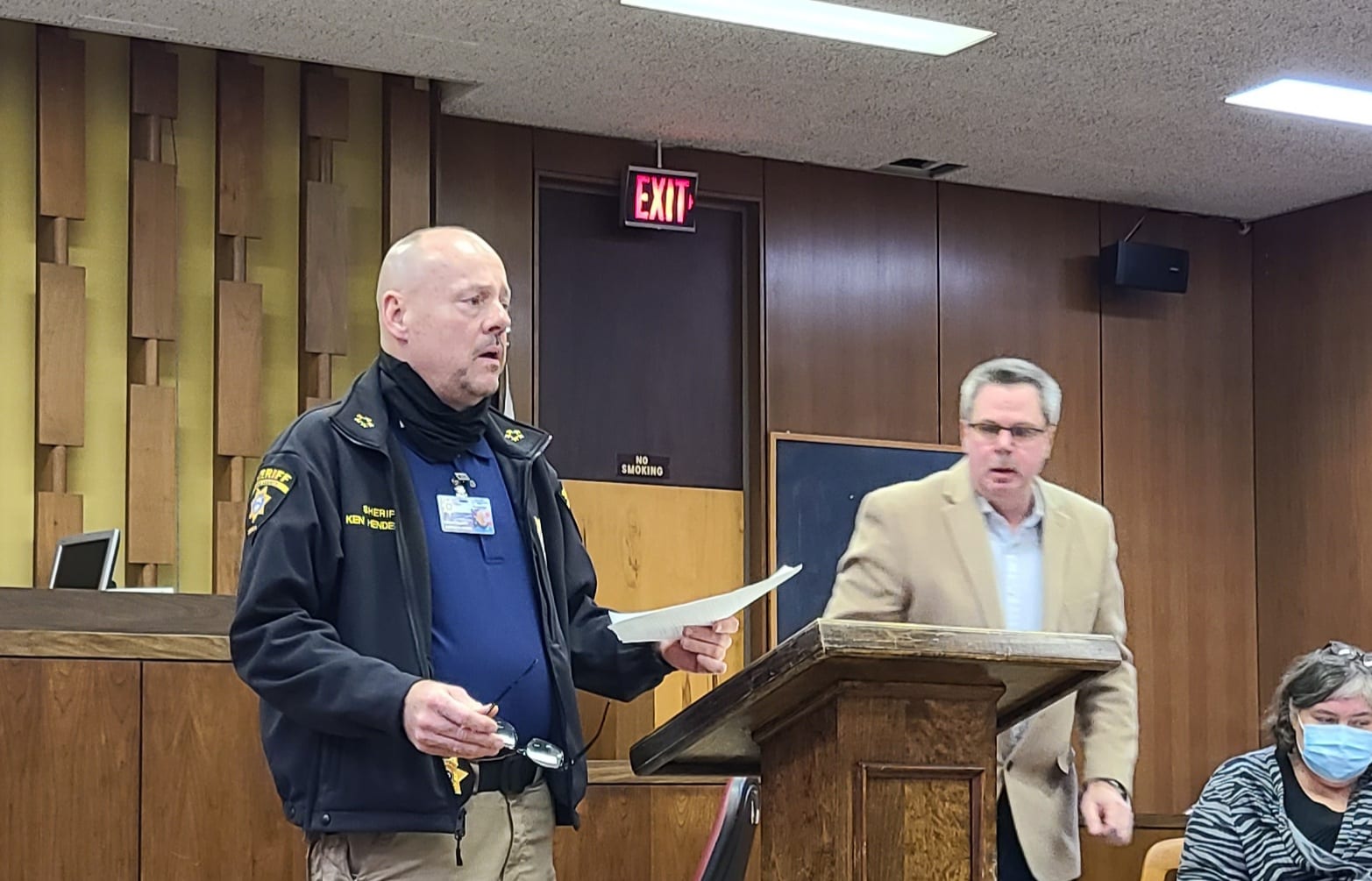 The Second Amendment Sanctuary movement patterned itself after the Sanctuary Cities for refugees. The first credited use of a gun sanctuary was in Effingham County, Illinois. The measures commonly reject the enforcement of federal or state gun laws and target regulations like red flag laws, universal gun background checks, and bans on assault-style weapons.

Once the sheriff’s race heated up, the commissioner wanted to wait on the resolution until he knew he had the sheriff’s support. Henderson approached Bradshaw about a Second Amendment Sanctuary measure first and reviewed what Bradshaw already wrote. 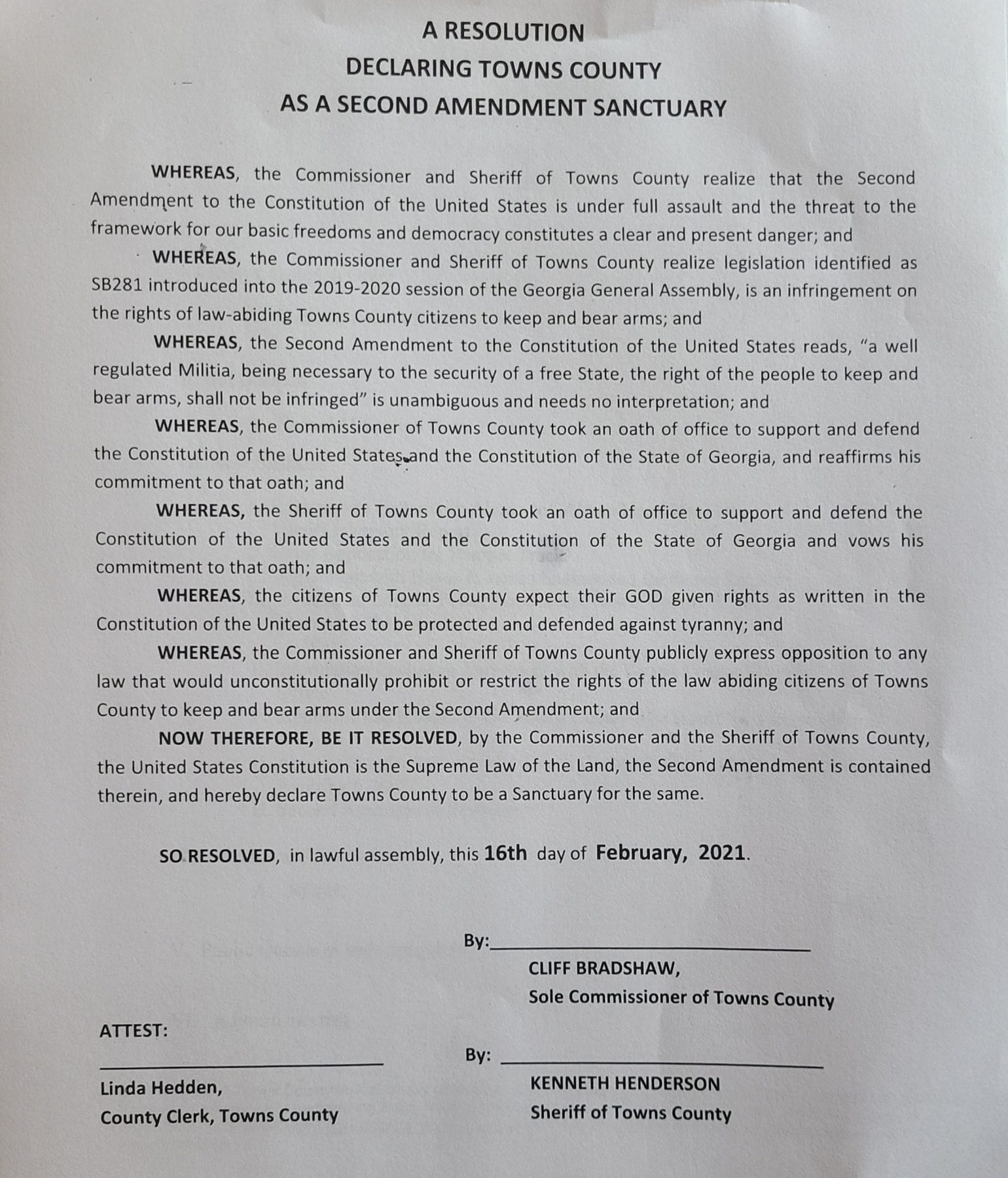 Copy of the Second Amendment Resolution

“I just can’t explain how honored and humbled I am to serve the people of Towns County as your sheriff. I’m going to work very hard every day to do the best job I possibly can,” Henderson stated. “I want to say thank you commissioner for this document. As he said, we took an oath to uphold the Constitution. I as your sheriff will never ever support anything that infringes on your right to bear arms.”

Several sheriffs in 2A counties have declared they would not enforce any gun law that they deemed unconstitutional.

The Second Amendment resolution states that its “under full assault and the threat to the framework for our basic freedoms and democracy constitutes a clear and present danger.”

SB 281 received special mention as a piece of legislation from the 2019-2020 General Assembly that infringed upon the right to keep and bear arms.

The resolution also affirms that Towns County citizens expect their “GOD given rights” to be protected and defended against tyranny, and the commissioner and sheriff will do their part to prohibit any unconstitutional law.

Many few the Second Amendment Sanctuary measures as a largely symbolic effort and not legally binding. Many state constitutions outline how local ordinances can’t conflict with federal or state law.

Pro-Second supporters believe having these resolutions on the books provides a chance for the issue to play out in court.