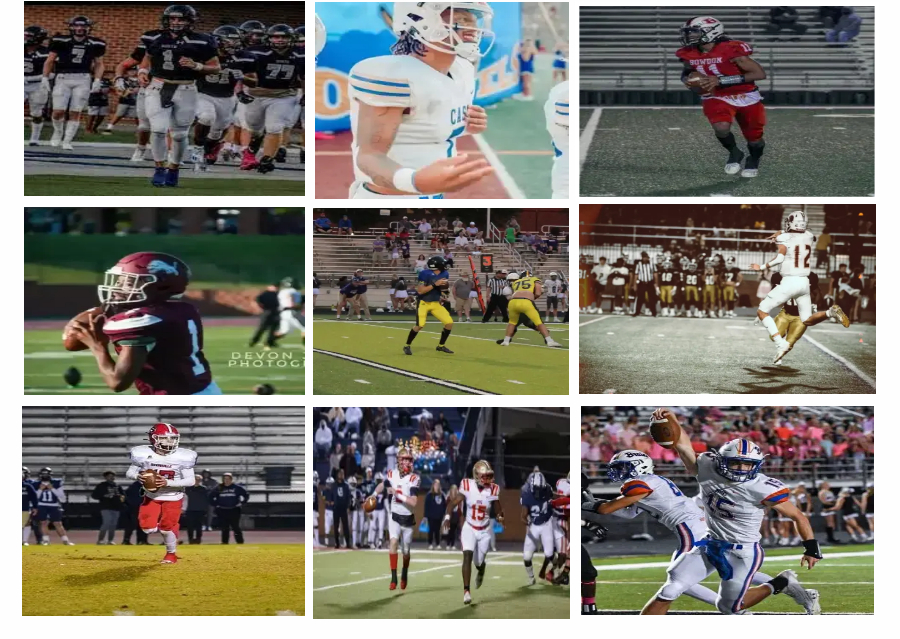 As Northwest Georgia gears up for The Friday Night lights this fall, one thing is quite clear with many Football fans in the area.

There’s a lot of great Quarterbacks this season.

Of the returning QB’s from last season, six of them threw for over 2000 yds with many coming close to that number.

This season could see double that.

This years group of QB’s could not only spell doom for many Schools passing records, they could also lead to the fall of many receiving records as well.

The abundance of great arms could be a huge boost to the guys with the great hands.

North Murray’s Jadyn Rice and Rome’s Martel Hight were the areas only 1000-yard receiver’s last season. They will be looking to repeat that feat this season and could also gain some company in the 1000-yard club.

Henderson to White, Brooker to Gray, and Pate to Bryant could become phrases you hear frequently this season.

Listed below are some of the Top returning QB’s from last season and a few looking for a breakout season this year. (In no particular order)

Several Teams in the area are still looking to fill the Role of QB1. With only weeks remaining before the season kicks off, we’ll all know soon enough just who will be their 2022 Signal callers.