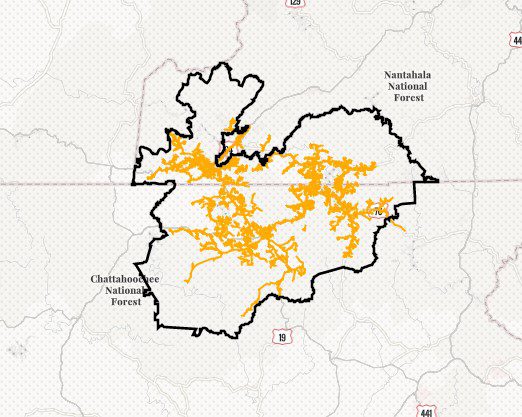 HIAWASSEE, Ga – Towns County and Blue Ridge Mountain EMC (BRMEMC) are in the process of applying for grants to increase broadband internet access in the area.

Recently, the county applied for a $7 million National Telecommunications and Information Administration (NTIA) Grant with the BRMEMC listed as the carrier.

“We will hopefully get this grant,” Commissioner Cliff Bradshaw stated. “If we were not to get the grant, then we’re going to turn around and apply for any grants out that we possibly can get. We will not go to sleep on this. We will continue to stay on it.”

24 percent of BRMEMC’s 11,000 customers are in Towns and 39 percent of Towns County has access to fiber services. The NTIA grant would raise the 39 percent to 60 percent.

Several grant opportunities are on the table for broadband funding. COVID-19 and work-from-home situations resulted in state and federal government ramping up their efforts. 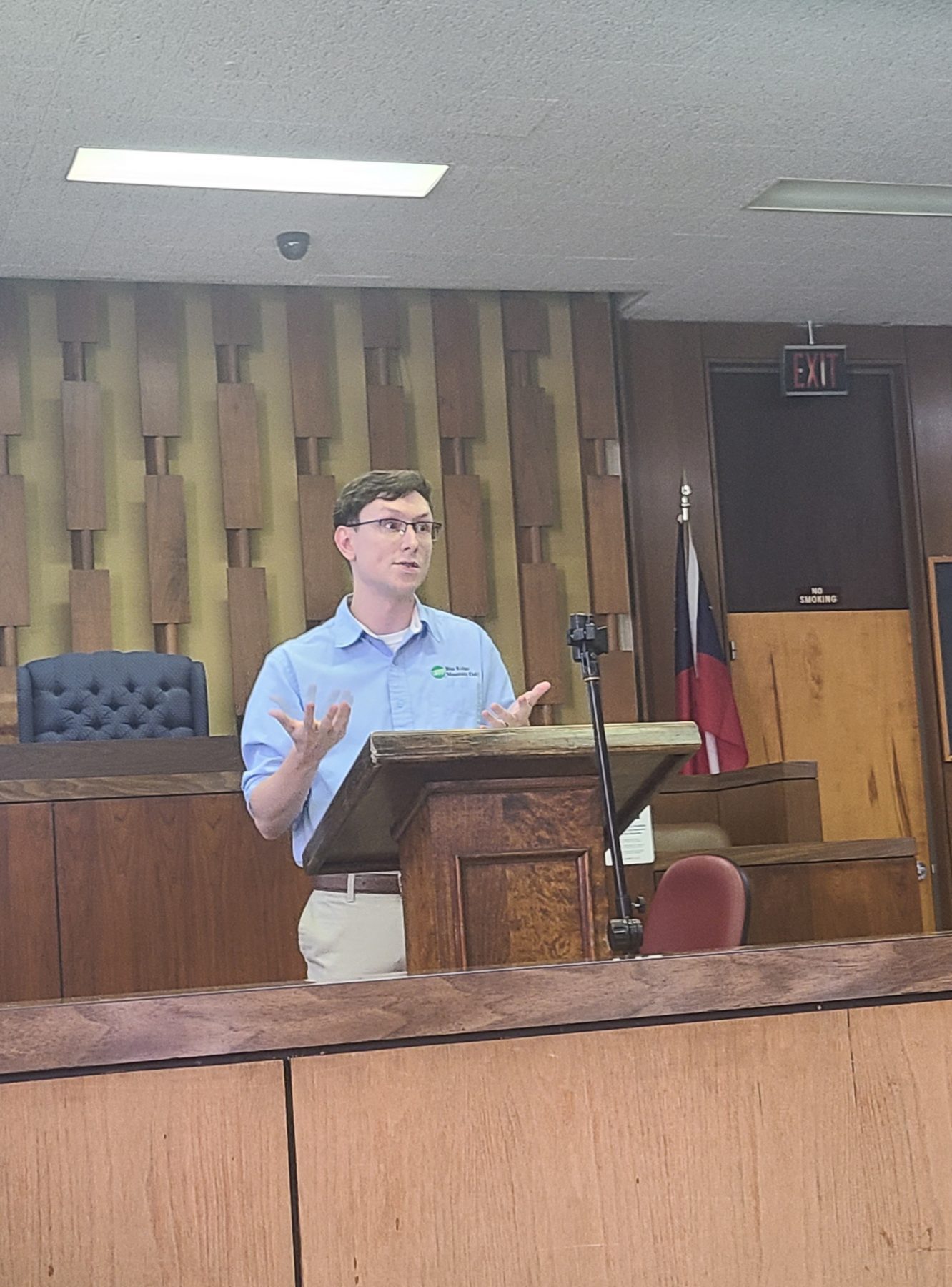 NTIA has allotted $288 million in grant funding for broadband. Georgia Fiscal Recovery has a $300 million fund and the Georgia Broadband Initiative in process for counties to apply for grant funding. The amount for the Georgia Broadband Initiative hasn’t been set yet, but some counties like Fannin have already taken steps to be in line for the funding.

However, the Georgia Broadband Initiative is using a map developed by the Department of Community Affairs, not census blocks. It allows for a more accurate description of area coverage and needs for broadband.

Currently, the company has 1,100 miles of fiber in its coverage area and is adding between 150-180 customers a month for the service.

35 areas expansion areas are in process for 2021 which include Hanging Dog and Gumlog.

With the NTIA grant, the county and BRMEMC applied for every eligible area which will cover Gumlog, Bald Mountain Park, Crane Creek, Tate City, and remaining portion of Upper Higher Tower. 1,300 BRMEMC members would receive access to fiber internet if the grant is approved.

“The reason they aren’t many in Towns County is [it’s] the most covered county out of our five counties. There’s still a lot of areas that we’re going to expand to but that’s why there’s less than Fannin County or Cherokee County,” King explained. 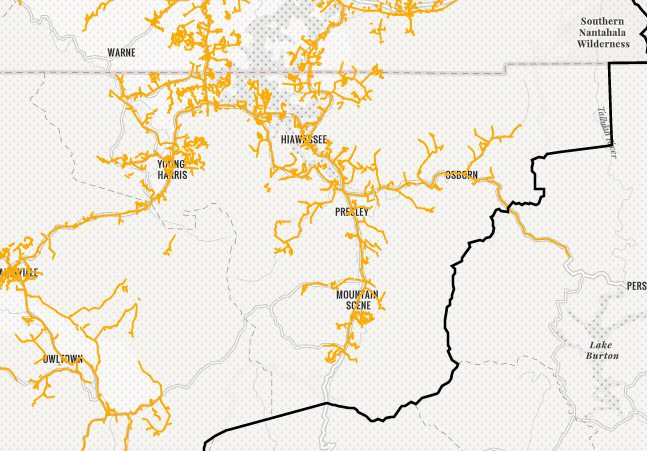 The Neighborhood Networking Program used by BRMEMC provides the company information about who exactly in its coverage area is interested in broadband service. Through community connection, neighbors can sign-up to express interest in fiber and the neighborhood representative can turn those names into the BRMEMC. The process informs BRMEMC of where to consider expanding broadband next.