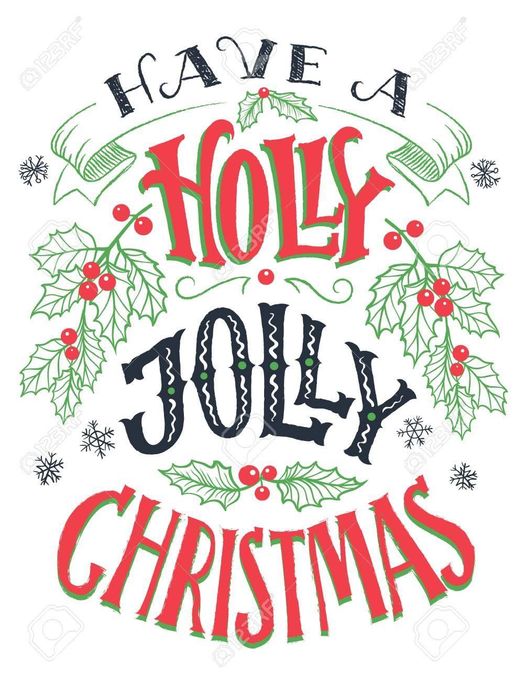 Parade day is less than a month away!!!!!
Churches. athletic groups, businesses and anyone else who wants to be a part of kicking off the Christmas festivities come on out and put your group in the parade.
For the very first year someone has kindly donated money specifically for cash prizes in hopes of getting a larger turnout for the Christmas parade.
1st place $500.00
2nd place $300.00
3rd place $200.00
So get your creatives juices flowing and start working on those floats.
Towns County Sheriff’s Office Christmas Parade
The Towns County Sheriff’s Office Christmas Parade will be kicking off the Christmas Season Saturday, December 4, 2021 @ 5:30 p.m.
This year’s theme is “Have A Holly Jolly Christmas”.
The parade route will begin in the parking lot of the Georgia Mountain Fairgrounds with lineup beginning at 4:00 p.m. If you are planning to enter the float contest you will need to be lined up and fully decorated by 4:15 p.m.
NO ENTRY FEE IS REQUIRED UNLESS YOU WOULD LIKE TO DONATE TO SHOP WITH THE SHERIFF
*All parade entries must be well-lit.
*Children under the age of 18 must be supervised by an adult.
*We ask that entries do not have Santa on their float.
Please call Towns County Sheriff’s Office to let them know if you are participating in the parade If you have any questions, feel free to contact the Towns County Sheriff’s Office at 1-706-896-4444. 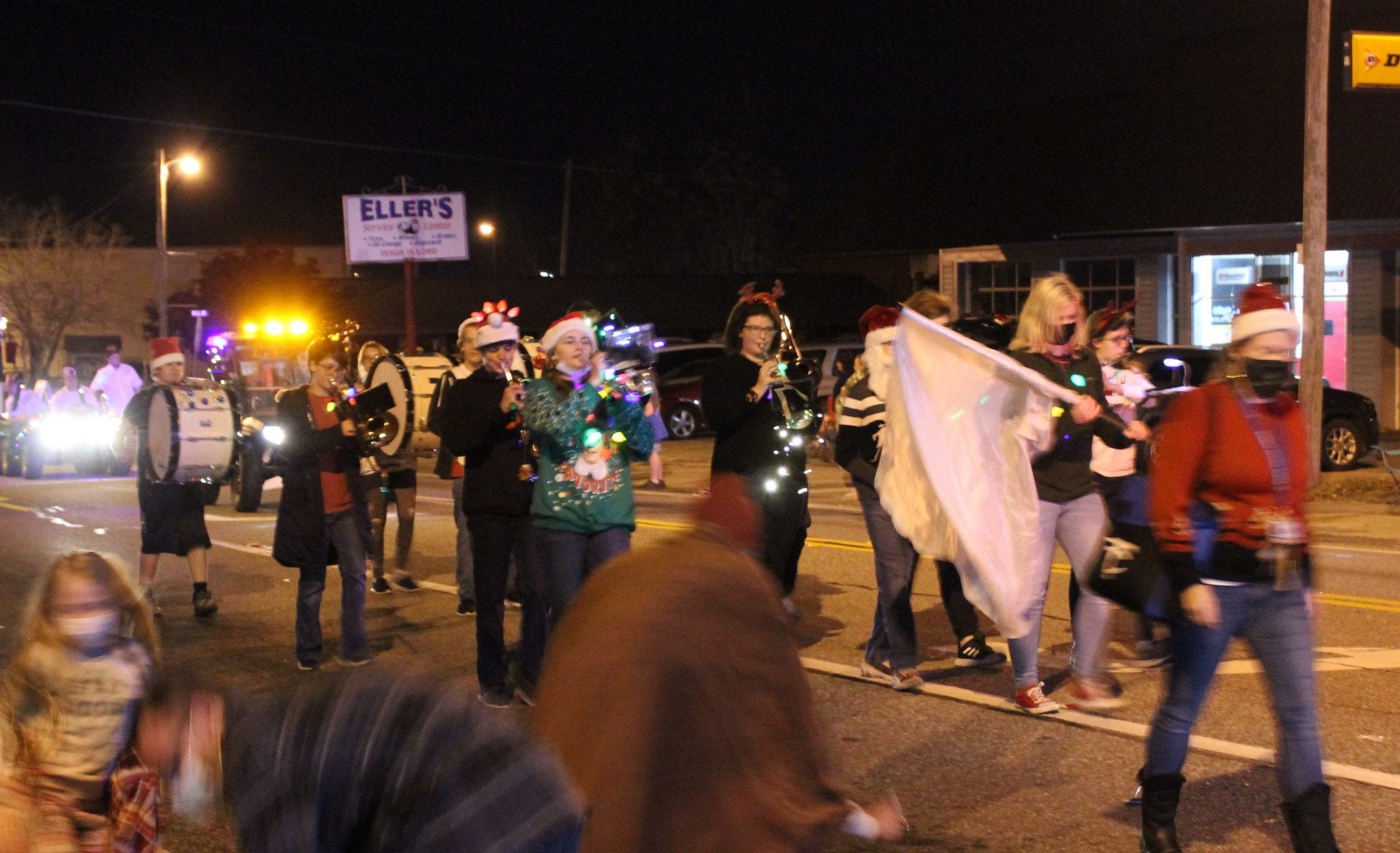 HIAWASSEE, Ga – Hundreds turned out to mark the start of the Christmas season in Towns County with the annual Sheriff’s Empty Stocking Parade.

The event started at 6 p.m. on Saturday, November 28, and the theme was “Rocking Around the Christmas Tree.” The route began at the Georgia Mountain Fairground and ended at South State Bank.

Members of the Towns County High School band marched down the street playing Christmas classics. Floats light up the street and children scrambled for candy thrown from the floats, golf carts, trucks, buses, and fire engines.

Onlookers on the square enjoyed Christmas music all night long from the square’s light show set up. The square is a great spot for photo ops this holiday season. 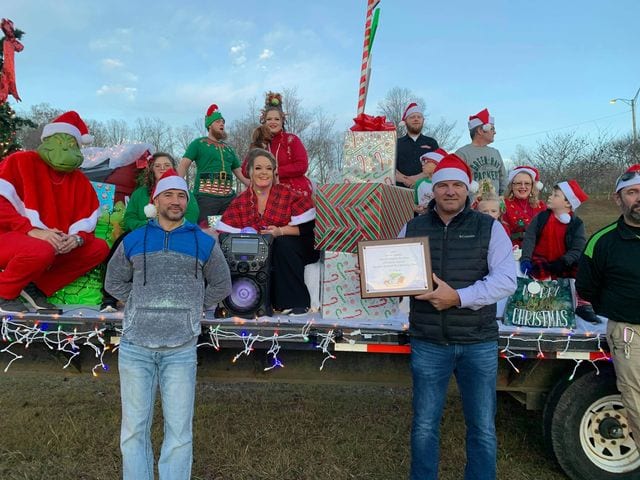 The ServPro float featured Mr. Anti-Christmas himself, the Grinch. The Lions Club float had Santa and “Rocking Around the Christmas Tree” crooner Elvis Presley. Polished Salon primped granny under the hairdryer and several merrymakers threw candy out to the crowd.

For those looking for additional Christmas cheer, The Georgia Mountain Fairground Christmas in the Mountains is open every Thursday and Friday from 6:00 p.m. to 9 p.m. and Saturday from 11:00 a.m. to 9 p.m. Float winner images are courtesy of Vicki Ellis. 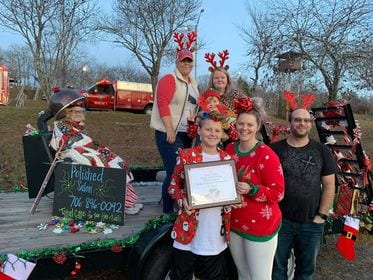 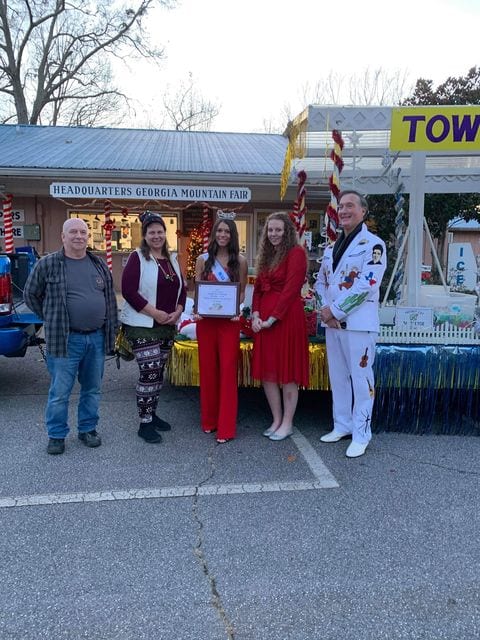