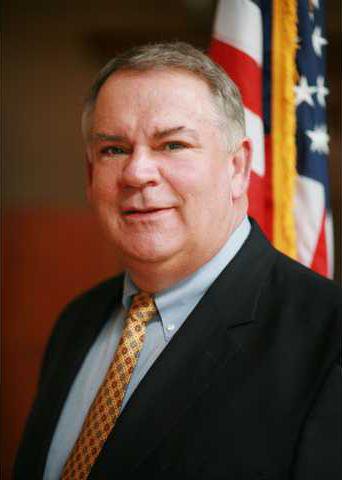 GEORGIA – David Ralston, Speaker of the House for the Georgia House of Representatives, has passed away.

The Georgia House of Representatives has put out the following statement following his passing:

“Speaker David Ralston (R-Blue Ridge), 73rdSpeaker of the Georgia House of Representatives, passed away today following an extended illness. He was 68 years old.

His loving wife, Sheree, his children and other members of the family were with him when he passed.

At the time of his passing, Speaker Ralston was the longest currently-serving state house speaker in the country. He represented Georgia’s seventh House district which includes Fannin and Gilmer counties and a portion of Dawson County.

As provided by the Georgia State Constitution, Speaker Pro Tempore Jan Jones (R-Milton) became the 74th Speaker of the Georgia House of Representatives for the remainder of the term which ends in January.

Arrangements will be announced in the future.”

The new Speaker of the House, Speaker Pro Tempore Jan Jones (R-Milton), made a statement regarding the passing of Ralston and now his new title.

“The State of Georgia has lost one of its greatest leaders with the passing of Speaker David Ralston. This is an unfathomable loss and one that leaves a hole in the heart of each and every House member.

“David and I were members of the same freshman class – having both been elected in 2002, and I am proud to have served as Speaker Pro Tempore for thirteen years under his leadership. While I will miss his guidance and advice tremendously – I will miss his friendship more.

“Whether it was growing jobs and expanding opportunity in rural Georgia or making adoption easier and reforming mental health care in our state, David Ralston spent his career in public service trying to lift others up and move our state forward. He knew the awesome power of bringing people together – reasoning together – and finding common ground. Regardless of political ideology, he treated everyone with respect and was a model of civility.

“We pray for his wife, Sheree, and their entire family at this most difficult time. While our House of Representatives will continue to lead, it will never be the same without Speaker David Ralston.”