GEORGIA, US – Monkeypox cases in Georgia continue to rise as the number of reported cases went up from 544 to 596 in a week.

Monkeypox is a virus that is related to the smallpox virus, but not chicken pox. According to the CDC, scientists first discovered the disease in 1958 in lab monkeys. And in 1970, there was the first human case.

Before the monkeypox outbreak of 2022, Central and Western Africa were the only regions with ties to the disease. Any case that was reported outside of these regions, were in people who had travelled  there.

Firstly, monkeypox is a disease that comes as a result of an infection with the monkeypox virus. There are two types of monkey pox viruses: the Western African and Congo Basin. Although the disease has been mostly recorded and associated with central and west Africa, no one knows where it came from. 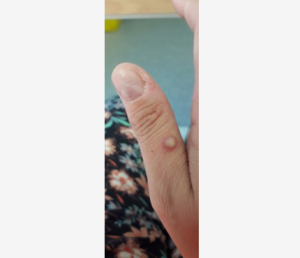 How Does A Person Contract Monkeypox

How Many Monkeypox Cases Are There In The US

Currently, there are a total of 88 countries that have reported cases of monkeypox. The United States has the most cases with 7,510 cases. Within the United States, Georgia ranks 6th with 596. 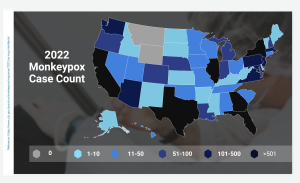 How Can I Protect Myself

Avoid close, skin to skin contact with an infected person. Additionally, wash your hands with soap and water before eating or touching your face, or use alcohol based hand sanitizer.

On July 23rd, The World Health Organization (WHO) Director General declared the monkeypox outbreak a public health emergency of international concern. This means that nations will work together to coordinate their response to the outbreak.

This is a developing story.