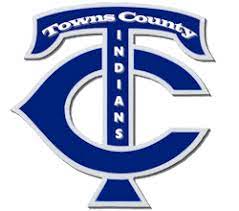 “I am coming forward because no one ever wants to report on the problem while it’s happening, only after a child takes their life is the problem addressed,” said a mom to a 14-year old student at Towns County Middle School.

Multiple parents have come forward addressing claims of bullying within the Towns County School system and stating that a change needs to happen in how these situations are handled.

One parent of an eighth-grader, who chose to remain anonymous, said her son has developed anxiety and depression due to the bullying he has been exposed to at the school and said the school has chose not to address it.

“He barely speaks to anyone, he just does his thing and he didn’t use to be that way. He was a happy kid. I want that [kid] back and I won’t quit bringing awareness for other kids and their parents,” said the mom.

The parent said her son finally opened up to her on what has been happening at the school as well as a few of his teachers who personally let her know. She said she then went to address the issue with the middle school principal, Ms. Connie Hobbs.

The parent said one of her concerns were the vulgar names her son has been subjected to and said she thought it should raise some alarms for anyone considering the young age of the students.

“I sat down with [Principal Hobbs] to discuss the situation…And she said ‘words are not considered bullying’. I got up to leave before I got too mad.”

This parent was not alone in feeling like bullying was not being adquatley addressed at the school.

Alisha Henderson, a mother to a child in the Towns County School system, said her son has been constantly bullied but no action has been taken and she felt she needed to take things into her own hands.

“My son is being bullied everyday…my son has reported it, I have reported it numerous times and [Principal Hobbs] statement to me was ‘if he wasn’t such a lier and a troublemaker, I’d have more respect for you’ and this continues to go on and on and I’ve reported it to the school and the superintendent and nothing has been done,” said Henderson.

The Superintendent for Towns County Schools, Dr. Darren Berrong, said that claims of bullying and very hard situations but that they do take bullying seriously.

“Bullying is a very difficult thing to manage because typically is boils down to a he said she said situation when these things happen in places that adults do not see so we have to do the best we can to find out what actually happened and some kind of proof to give diseplin to a child because I don’t think any parent would be okay if we called and said well this person said your kid did something to them so we are giving them a punishment,” said Berrong.

He also said that it is a very sensitive matter but they do follow the standard for Georgia’s policy on bullying and adhere to a ‘no tolerance bullying policy’.

“There is a very strict definition to what what bullying is and that is something that parents can be very frustrated with…just because one student calls your child a name once last week or maybe twice lat week, that typically doesn’t fit the [definition] of pervasive and that type of thing that the state has a definition of bullying out there for so that throws another handcuff on you,” said Berrong. “Administrators try to explain the definition of bullying and then parents usually get upset and say ‘well you’re saying my child isn’t being bullied’ well we are not saying nothing is happening to your child we are saying the state gives us a definition of that and this may not nessesarily fit that definition of what this is.”

Another parent, who also chose to remain anynomus, is a mom to a student who was in the Towns County School system and said her child was being bullied so bad for years that he was taken out of school to finish his senior year online.

The parent said this has been a continuous problem and has caused life-threatening effects on her child.

“Last year, I got woken up by a phone call because he had some girls trying to tell him to go kill himself,” said the parent.

She said she came to Towns County thinking that a small town would not be as bad for bullying but she said it has just been ‘relentless’ for her son and claims the teachers are just as bad.

Dr. Hobbs, the Principal for Towns County Middle School said that bullying is not tolerated and also stated they follow the set Georgia standard to define bullying.

“In the last three years that I have been Middle School Principal I have had one verified case of bullying and it was handled very quickly. Although a lot of parents and students use the term bullying quite frequently…name calling or occasional name calling is not considered bullying. Bullying is an attempt to threat or inflict injury over a period of time where a person might expect immediate bodily harm or is perceived to be threatening or harassing over a period of time and is intentional…verified claims of bullying does not happen very often,” said Hobbs.

After multiple claims have come forward on social platforms, one parent with children in the Union County School system said she reached out to give her support to these parents because her kids had also been bullied but she claimed the difference was how Union County Schools’ addressed it fairly quickly and she has not heard the same from parents dealing with situations at Towns County Schools.

She said she had reached out when I saw these claims to ask these parents “are your children hurting themselves” because that is what it leads to.

“It is sad that it has to come down to kids not wanting to live anymore…the bullying is so intense they don’t want to attend school or function in society anymore…All these parents will agree we don’t want our kids to become a statistic.”