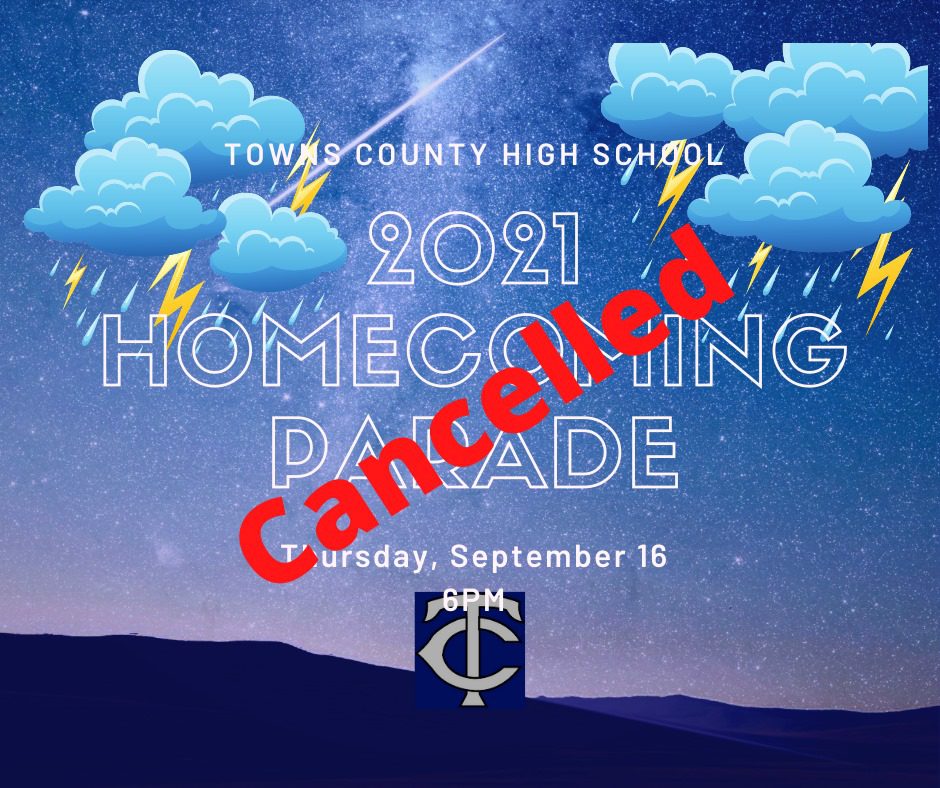 HIAWASSEE, Ga – Due to the weather forecast, the Towns County High School Homecoming parade for September 16 will be canceled.

Here’s the statement from the school:

“According to the forecast, it’s going to rain on our parade tomorrow.  In consideration of everyone who has to bring cars and trailers to prepare for the parade, we have made the tough decision to cancel our Homecoming Parade on Thursday, September 16.”

The National Weather Service out of Peachtree City have the possibility of scattered and numerous isolated thunderstorms will be possible in north Georgia. Some of these storms could produce locally heavy rain, gusty winds and frequent lightning.