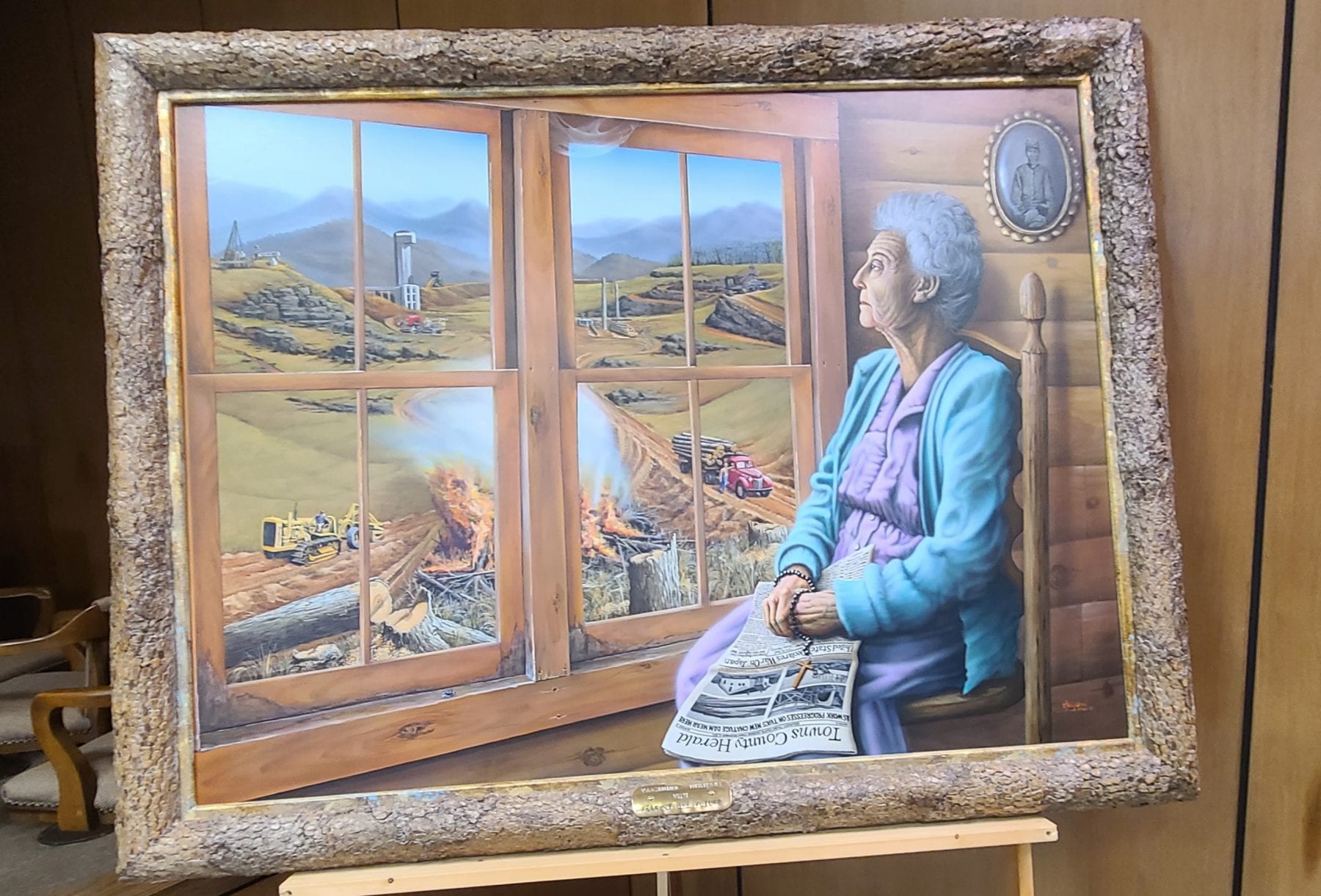 HIAWASSEE, Ga – Towns County Historical Society presented a new painting by Marty Hayden, entitled “Vanishing Heritage with Fear of the Future.” The piece focuses on a maligned time in local history – the creation of Lake Chatuge.

Hayden donated the painting and copyright to the historical society for future use. It depicts an elderly woman holding the newspaper while looking out at the construction of the Chatuge Dam. Behind her is a photograph of a Confederate soldier. 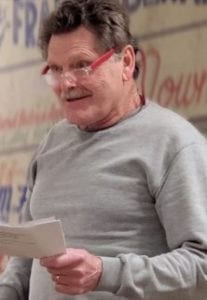 “When I started this thing, I heard conversations with people, and it really hit me hard. I envisioned someone’s mamaw, grandma, a relation, and everything’s being taken away. She just happened to get the paper. and she’s looking out her window watching everything that’s going on. I named it ‘Vanishing Heritage with Fear of the Future’ and it took me two weeks just to make the newspaper. The headlines on here are about the TVA’s dam. The second headline is ‘United States declares war on Japan,’” Hayden explained.

The painting also showcases the dam building and clearing process with time period accurate construction equipment. Viewers can see the clearcutting and burning of trees and homes to make way for Lake Chatuge. 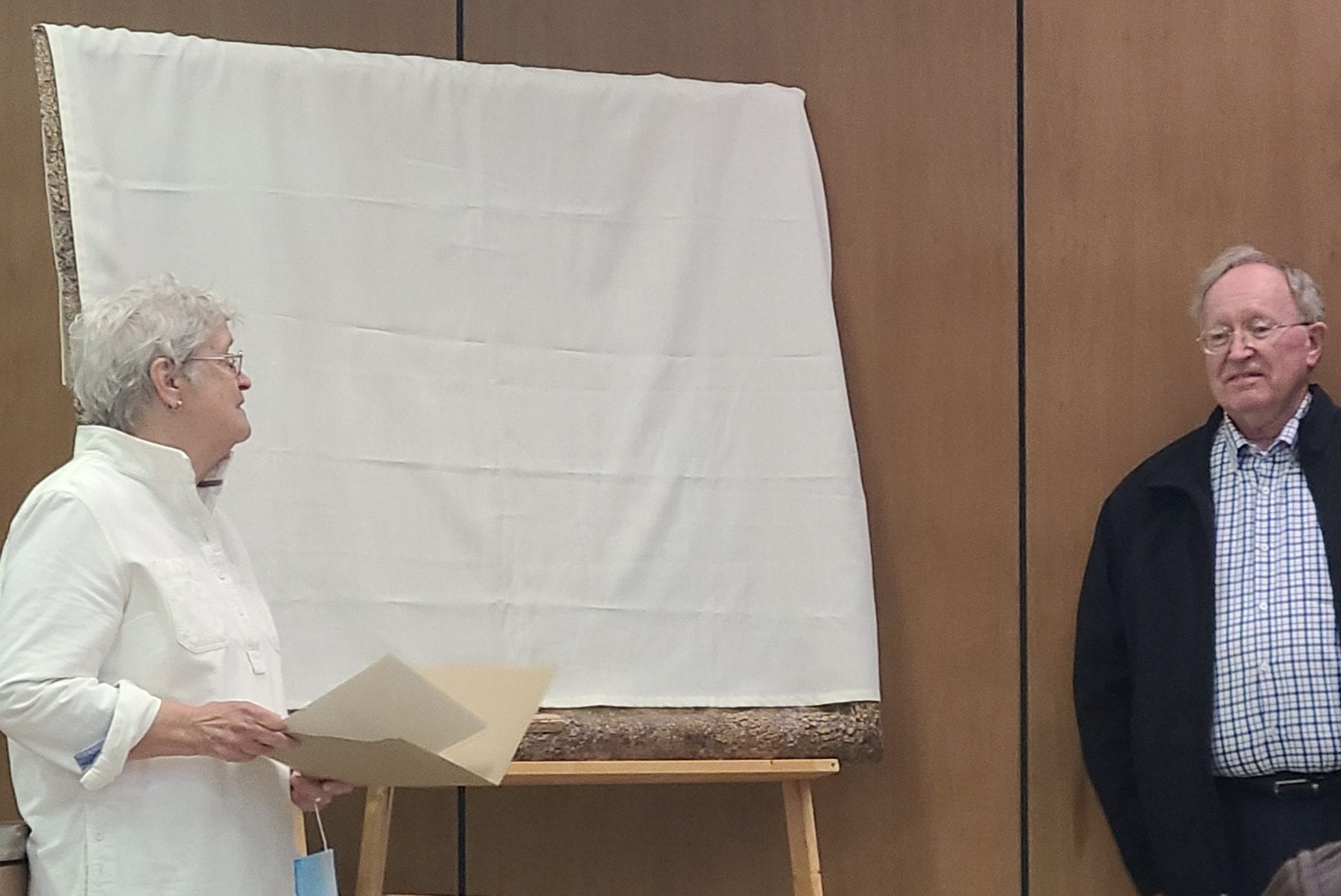 The Tennessee Valley Authority (TVA) built 16 hydroelectric dams between the years 1933 and 1944. 20,000 families were displaced because of dam construction and an estimated 69,000 burial plots were moved or left in place after TVA declared eminent domain and condemned their land. Part of President Franklin Roosevelt’s ambitious vision, the TVA’s goal was to bring electricity to the rural Tennessee Valley.

Herman Pritchett wrote, “Nowhere did the Authority’s program have more direct and disturbing effects than upon the hundreds of families who had to abandon their homes and farms to the waters of a TVA reservoir.” Relocation brought joy to some people and anger for others. For instance, Oma Boren was overjoyed that she no longer had to carry water from the spring because her new home came with running water. Conversely, the story of Mrs. Fannie Cotham shows a woman incredibly upset with TVA: “My friends are not the cause of me being out of a home.” Thousands of land condemnation proceedings removed people from the only homes they had ever known. As you can see, the records illustrate that the process of relocating people in the Tennessee Valley region was a very personal event which impacted each affected family in different ways.”

Hayden started the painting just before the pandemic, but he was unable to deliver it for almost a year because of the COVID-19. The historical society hasn’t met since last March, but they hope to be back in May 2021.

The frame also came from the lake. Hayden found a dogwood laying on the bank at the dam. On the back of the painting, the dates are listed. The picture will be hung at the historical society. 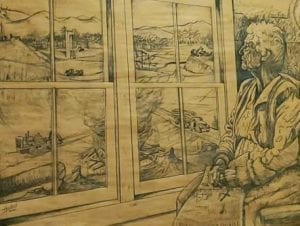 Initial sketch of the Chatuge painting.

The county renewed its agreement with ATLAS to monitor the gases at the landfill.

Raburne Wilson was reappointed to the Towns County DeFACSs board.

The county also accepted the only bid for $1,000 for an old backhoe that no longer runs at the landfill.