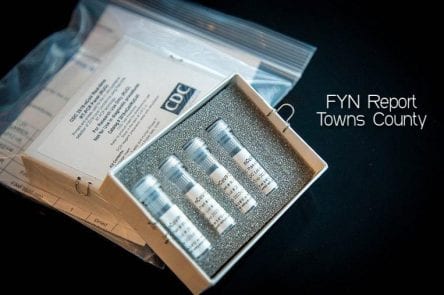 HIAWASSEE, Ga. – As a Towns County family’s COVID-19 quarantine ends, the wife of a South Fulton County firefighter exposed to the virus in metro-Atlanta was surprised to learn that her family does not meet the criteria for virus testing. Shannon Baldwin-Nguyen told FYN on Friday that she and her family fully expected to receive the newly-introduced swap test following their two weeks in isolation. Because she nor her husband, Thanh – along with their four children who chose to quarantine with their parents – are not showing symptoms, the family is not eligible for COVID-19 screening. 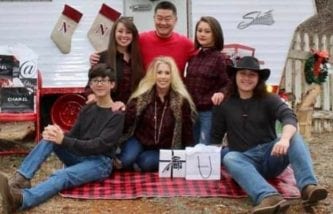 The Nguyen family first shared their story with FYN last week in an effort to inform the public.

FYN spoke with Dave Palmer, Public Information Officer of District 2 Public Health, on Friday afternoon. Palmer explained that COVID-19 testing is ordered at the discretion of physicians, and testing is typically not offered to those who are not displaying severe symptoms associated with the virus, even after evident exposure. Palmer said that although area healthcare providers are capable of collecting samples from patients, those who remain non-symptomatic following a 14-day quarantine do not meet CDC criteria for testing as the incubation period has expired. Palmer echoed President Donald Trump’s message to the nation, that not every citizen requires testing.

According to the CDC, symptoms typically appear 2-14 days after exposure (based on the incubation period of MERS-CoV viruses), with the primary symptoms being:

As the COVID-19 pandemic makes it way through the state and nation, local officials continue to recommend heightened hygiene practices, social distancing, and that citizens remain at home whenever possible to slow the spread of the virus.

Towns County EMA additionally discouraged the public from speculating on social media, even in the form of questions, as it may lead to misinformation and rumors taking hold.

FYN continues to communicate closely with local leaders, emergency officials, and Towns County residents to provide now-information for the citizens that we serve.

Below is a statement received from Shannon Baldwin-Nguyen in its entirety:

“After 10 days of being in self-quarantine at our home in Towns County, Thanh was released by The City of South Fulton’s physician to go back to work,” Baldwin-Nguyen said. “The exposure was on Friday, March 6, and was confirmed on Monday, March 9, that he and two other firefighters were exposed. The quarantine actually started late Monday. It was requested that the three firefighters be tested before going back to work, that however was denied. There were no testing facilities to our knowledge in Fulton County. We contacted our local PA who referred Thanh and me for testing here. We were first told that we could be tested in Clay County, but later told they wanted to only test residents. We were then told that we would be tested on Friday at the Towns County Health Department. Before going there on Friday morning, I called to make sure the referral papers had been received. I was told they were not doing testing there either. We tried to have at least Thanh tested, but were denied. I was told by the Health Department that only the people that are ‘really, really sick’ are being tested. I expressed my concern with our local health department as well as the State of Georgia Health Department, and the Governors Office that reports have shown that some positive cases show no symptoms. The CDC guidelines are not requiring testing after definite exposure, which is scary. Our concern is that if more people are aware they are positive, there would be less ‘really, really sick’ patients. Now is not the time to adjust guidelines…we need certainty. It’s not a good feeling to be unknowingly exposed to something and then denied testing.”

The Nguyen family emphasized that although their physician requested testing, they are not showing symptoms of contracting the virus.

As of March 21, the date of this publication, there are no confirmed nor presumed COVID-19 cases in Towns County.