HIAWASSEE, Ga. – The 2020 U.S. Census is right around the corner, and enumerators will follow close behind, visiting those who fail to complete the mandatory population count. For the first time in history, the decennial U.S. Census will be available online, making the process simpler for many residents. In addition to the internet option, residents can relay their data via telephone or postal mail.

Pat Malone, head the 2020 Complete Count Committee of Towns and Union counties, has been hard at work since last summer, preparing the community for the important ten-year count. 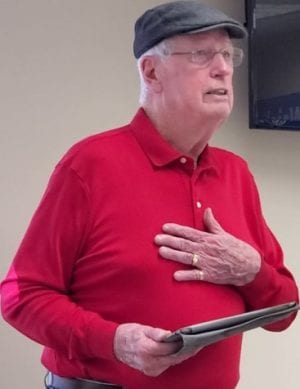 Pat Malone was selected as an ambassador of the U.S. Census.

According to research, census participation is required by federal law, and penalties could occur for non-compliance.

A series of simple questions will be listed, including the number of individuals living in the household, the relationship to the head of household, whether the residence is owned or rented, along with the name, sex, age, date of birth, and race of each individual living in the household, and whether the person is of Hispanic origin. Citizenship status will not be questioned. A phone number will be requested in the event that the participant’s answers are unclear. 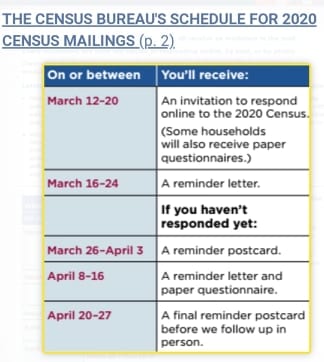 Responses are confidential, and will not be made available to the public for 72 years.

Malone reiterated the importance of the census and the benefits that participation reaps for communities.

“There is about $680 billion in federal funds that are distributed based on population. That’s why it’s so important that we get a complete and accurate count, Malone explained. “And when I talk about federal dollars, I really mean your tax dollars because that’s the only way they get money…In Georgia in 2016, we got about $20 billion out of that $680 billion, based on our population.”

There are numerous federal program funds distributed according to the census results, including Medicaid, SNAP, and school lunch programs, all of which greatly assist local citizens in need.

“Towns County does have the distinction,” Malone added. “In 2010, you were the highest response rate in the state of Georgia out of 159 counties. you had a response rate of 87.3 (percent) so I think we can do better than 95 (percent) this time around. Tell your friends, tell your neighbors.”

National Census Day, the reference date set forth, is April 1, 2020.