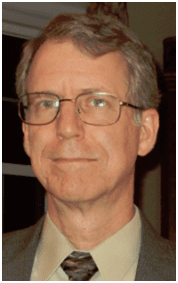 “I want to thank Jim Powell for serving,” Bradshaw said. “He has done a great job. He is a very nice man…” Powell’s term expired on Dec. 31, 2019. “I met with (Mr. Plunkett) today. I’d never met him before, and we talked for about 30 minutes. He’s a very nice man, a very knowledgeable person,” Bradshaw continued, adding that Plunkett formerly worked at the Capitol.

Towns County Board of Elections and Registration, located on Lakeview Circle in Hiawassee.

Plunkett, 67, is a retired attorney living in Young Harris, GA, with his wife Vickie.  Plunkett moved to Young Harris, purchasing his parents’ house, in 2017 after leaving his position as Senior Staff Attorney for the Center for Science in the Public Interest (CSPI).  Prior to joining CSPI, the appointed board member worked as Legislative Director and Counsel to several Members of Congress from 1989 to 2007.  Plunkett additionally served as an Elections Specialist in the Alabama Secretary of State’s office from 1988 to 1989 where he carried out functions related to certifying elections, training poll workers, implementing changes to Alabama’s election law and investigating election fraud.  Plunkett has a background in community newspapers in South Alabama, rising from a staff reporter/photographer to editor and associate publisher. The retired attorney is a Georgia native, a graduate of the University of Georgia, Athens, GA, and George Mason School of Law, Arlington, VA.

Towns County Board of Elections archives