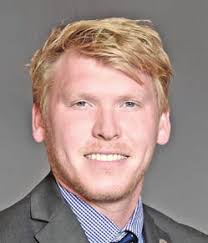 HIAWASSEE, Ga. – With candidate qualification just three weeks away, House Representative Matt Gurtler continues to leave 8th District voters in the dark regarding which office he will pursue. Whether Gurtler will choose to remain the incumbent in the State House race or move toward a bid in the 50th State Senate or 9th Congressional districts remains a mystery.

As constituents question the elected official’s delay, it begs the question: What exactly is Gurtler waiting on?

Gurtler alluded to a potential State Senate, or U.S. Congressional House run, in a Feb. 4 social media post. “With the announcement of Congressman Doug Collins seeking the U.S. Senate seat, as well as our State Senator John Wilkinson’s seat opening up, I wanted to answer all your questions about whether I’m considering a run for either seat, the 9th Congressional or the 50th State Senate,” Gurtler stated, adding that he was “weighing my options.”

In turn, Towns County Commissioner Cliff Bradshaw weighed in on the matter at the Towns County Republican Party meeting on Jan. 16, shining a spotlight on Gurtler’s unpopular position with conservative officials in the State House. “This isn’t the first time that a vote like this occurred,” Gunter publicly reminded. “You can imagine what he does to his relationships with other Republicans because this bill went down the party line. The Democrats all voted against it, and he joined the Democrats.”

In response, Representative Gurtler issued a Feb. 6 rebuttal reminiscent of his 2018 campaign rhetoric. “The establishment, lead by (House Speaker David) Ralston himself, never give up, and unfortunately, because they’ve been in power for so long (back when many of them were Democrats), they have endless resources….” Gurtler stated in part. “Unfortunately, my opponent has decided to carry on the establishment torch.”

In a Feb. 6 statement to FYN, Gunter said that he is focused solely on the 8th District House. “I’m running my campaign as if (Gurtler) is still in it, which he is,” Gunter said. Gunter issued the statement following the news that Gurtler confirmed a low-profile visit to Washington D.C.

With time narrowing in, the elected official will have to reveal his hand sooner than later, announcing whether he wishes to continue representing the citizens of the 8th House District or attempt to secure a seat elsewhere.

Additional information can be found by clicking the highlighted links above.

Continue to follow FYN for campaign developments as Election 2020 approaches.