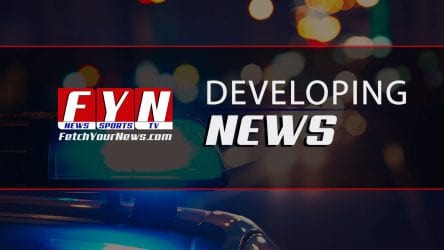 HIAWASSEE, Ga. – First responders from Towns County and White County were dispatched shortly after 8 p.m. Friday, Nov. 22, to what proved to be a fatal crash occurring on State Route 75 South in the vicinity of Unicoi Gap.

The minivan involved in the incident was reported to FYN as located off an east embankment and fully engulfed in flames at the time firefighters arrived on the scene, forcing extrication and a temporary road closure.

One patient was transported via ambulance to Northeast Georgia Medical Center in Gainesville for trauma care. A second victim sustained fatal injuries as a result of the accident.

The deadly crash is under investigation by Georgia State Patrol.

FYN is awaiting additional information, including the identity of the deceased, from authorities at this time.

UPDATE: The driver of the 2003 Town and County Chrysler minivan was identified as Leisa Johnson, 62, of Macon, GA. Johnson was transported to Northeast Georgia Medical Center with non-life threatening injuries for emergency care. Passenger Ralph Doolittle, 58, of Macon, sadly perished on scene.

State Route 75 South extends through Towns and White counties, connecting the cities of Helen and Hiawassee while rising to an elevation of 2,949 feet.

Unicoi Gap was the approximate site of an Oct. 16 motor vehicle accident that resulted in the death of an 83-year-old Hiawassee resident.