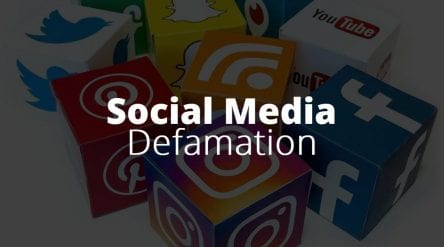 HIAWASSEE, Ga. – Words can lead to dire consequences, and that may prove to be the case for Crystal Clinton, wife of Towns County Sheriff Chris Clinton. In response to a social media post dated Oct. 20, Ms. Clinton fired online allegations at 2020 sheriff’s challenger Daren “Bear” Osborn, accusing the candidate of starting a pervasive rumor that Sheriff Clinton sought treatment for drug addiction. Ms. Clinton publicly claimed that she learned the source of the widespread rumor through an estranged relative who supervises Osborn’s law enforcement division in a neighboring county.

FetchYourNews (FYN) met with Osborn and his supervisor Nov. 1, both of whom adamantly denied Ms. Clinton’s allegations. “I did not start the rumor,” Osborn asserted. Osborn’s supervisor explained that she, like many in the community, heard talk of the sheriff’s alleged stint at a rehabilitation facility long before the topic was broached by Osborn, and attempted to learn firsthand whether the hearsay held weight through the Clinton clan.

FYN followed a similar course of action in late February, offering Sheriff Clinton an opportunity to address the rampant rumor of addiction after inquiries on his whereabouts poured into FYN from dozens of concerned citizens. Sheriff Clinton ceased communication with FYN at that time.

The sheriff’s spouse continued on in reference to Towns County’s “safety officer,” Emergency Management Agency-Homeland Security Director Brandon Walls, publicly alleging that the appointed official is a “convicted felon” and insinuating that Walls should not be trusted to hold the county position. “The only statement I will make at this time is that her accusation is false,” Walls said.

Developments are expected as a result of what the parties involved consider defamation.

Ms. Clinton did not respond to FYN’s request for comment, issued via email through Sheriff Clinton, prior to publication.

FetchYourNews.com attracts over 300,000 page views and 3.5 million impressions per month with a 60,000 Facebook page reach, and approximately 15,000 viewers per week on FYNTV.com