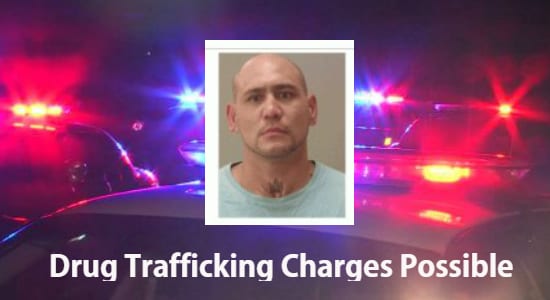 FYN has since learned from law enforcement that possession, including trafficking, of cocaine and what appeared to be “black tar” heroin charges are possible following the Sunday afternoon arrest.  FYN is awaiting additional information on the incident from Hiawassee Police Department at this time.

According to the National Institute on Drug Abuse, black tar heroin comes in the form of a dark, sticky substance. Distinguishing between the powder and black tar forms of heroin is typically simple, even for the untrained eye, since black tar gets its name from its resemblance to roofing tar.

All forms of heroin are derived from morphine, a powerful opioid painkiller. Black tar heroin is primarily produced in Mexico, according to the New York Office of Alcoholism and Substance Abuse Services. Some South American and Asian countries have also been known to export the drug.

Bailey’s social media information shows that he is from the Jacksonville, Florida area, and attends North Georgia Technical College.

Rachel Iris Goodwin, 37, was additionally arrested and charged with possession of marijuana, possession, and use of drug-related objects, and crossing state/county guard lines with weapons, intoxicants, and/or drugs without consent. Goodwin is listed by the Towns County Sheriff’s Office as being held without bond. Goodwin’s social media profile states her residence is also located in Jacksonville, Florida.

Should charges prevail, the case will be forwarded to Enotah Circuit District Court for prosecution. Bailey and Goodwin are presumed innocent until proven guilty in a court of law.

Follow FYN for additional details as they become available.

FetchYourNews.com attracts over 300,000 page views and 3.5 million impressions per month with a 60,000 Facebook page reach, and approximately 15,000 viewers per week visit FYNTV.com