HIAWASSEE, Ga. – Alpha Delta Kappa International Honorary Organization for Women Educators month was recognized via proclamation by Towns County Commissioner Cliff Bradshaw Oct. 7. “Whereas women in education constitute a great portion of the nation’s working force,and are constantly striving to serve their communities and nation in educational, cultural, and charitable programs leading to harmony, happiness, and peace among all people…,” the proclamation reads in part. 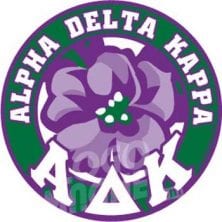 Alpha Delta Kappa was founded in 1947 by Agnes Shipman Robertson, Marie Neal, Marion Southall and Hattie Poppino – visionary women who saw a need to recognize and support the professional efforts of outstanding women educators. Since 1947, over 125,000 women educators around the world have discovered the many opportunities provided by membership in Alpha Delta Kappa — opportunities for recognition of commitment to educational excellence, for personal and professional growth and for collectively channeling their energies toward the good of schools, communities, the teaching profession and the world.

More than 30,000 women educators around the world have discovered the many opportunities provided by membership in the sorority — opportunities for recognition of their commitment to educational excellence, for personal and professional growth and for collectively channeling their energies toward the good of their schools, communities, the teaching profession and the world. Headquartered in Kansas City, Missouri, Alpha Delta Kappa has more than 1,200 chapters located in towns and cities in every state in the U.S., and around the world in Australia, Canada, Jamaica, Mexico and Puerto Rico. Membership, which is honorary and based on peer recognition, provides a wealth of opportunities for leadership development and networking through workshops, training sessions, conferences and conventions. But, perhaps the greatest opportunity the group provides is the opportunity to make a difference. Around the world, Alpha Delta Kappa members combine their energies and talents to enrich their lives and the lives of others through thousands of heartwarming, community-based altruistic projects.