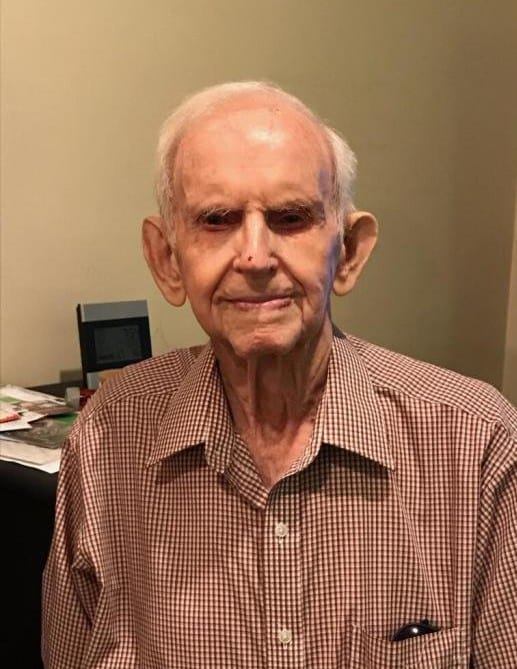 Mr. Ralph Marshall, age 91 of Young Harris, Georgia passed away Friday, September 20, 2019. Ralph was born in Ducktown, Tennessee in 1927 to the late Mr. and Mrs. William and Hettie (Emerson) Marshall. He was a member of Woods Grove Baptist Church which he loved dearly. He served in the United States Army during World War II. Ralph married the love of his life, Elizabeth Burch in 1955 who he absolutely adored and patiently cared for during her illness. He was a hard worker, a  machinist at Lockheed and then Major Tooling prior to retiring. Retiring for Ralph really did not slow him down; he spent his time gardening, woodworking, building their home in Young Harris, reading and watching the news. He had a soft, giving heart, that led him to donating to many charities. He loved pets and always had a cat or a dog or two. Ralph was a sweet devoted husband, loving father and truly loved everybody. He is preceded in death by his wife Elizabeth Burch Marshall and eight brothers and sisters.  He is survived by his son and daughter-in-law David and Cheryl Marshall of Naperville, IL; daughter and son-in-law Rhonda and Robert McNabb of Flowery Branch, GA; son Daniel Marshall of Dahlonega, GA; son and daughter-in-law Rodney and Emma Marshall of Young Harris, GA; grandchildren Chad and Eric Marshall, Jessica Bruckner, Jess McNabb, Katie Watkins, Sarah McNabb, Samuel McNabb and Stephanie Marshall; great-grandchildren Keegan and Madison Watkins; along with a host of nieces, nephews, extended family and friends.
Visitation: Sunday, September 22, 2019  from 1:30-3:30PM at Woods Grove Baptist Church
Services: Sunday September 22, 2019 at 3:30PM at Woods Grove Baptist Church
Internment to follow in the Burch Cemetery
Banister Funeral Home is in charge of the arrangements for Mr. Ralph Marshall.