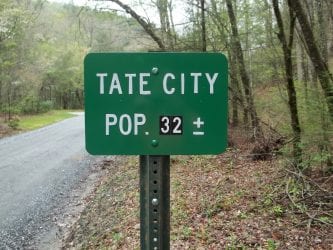 HIAWASSEE, Ga. – FetchYourNews (FYN) was notified that the Towns County Board of Elections plans to discuss the possible closure of the Tate City voting precinct Wednesday, Sept. 11.

“We will be approaching the subject of possibly consolidating the Tate City precinct,” Towns County Elections Supervisor Tonya Nichols said Tuesday. “No votes can be taken to consolidate, based on the code section yet, so this will be the beginning stage of the subject.”

Should the election board unanimously agree to consolidation, Tate City voters could potentially merge with the Macedonia precinct. The next step in the process, if advanced, will be public notification through media sources.

“Members of the election board, along with myself, visited Tate City and let residents know that we plan to let them decide whether or not to close it. If they want to keep it open, that’s fine. If they want to close it, great. We explained the difficulty in transporting the new voting machines, and many of the Tate City voters have chosen early voting at the Hiawassee office in the past.”

As of Sept. 10, a total of 43 Towns County residents were registered to vote in the rural town of Tate City. The distance between Tate City and the Macedonia voting precinct is approximately 14 miles.

The meeting is open to the public.