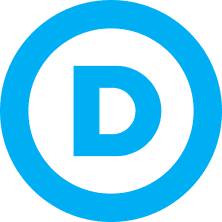 HIAWASSEE, Ga. – Towns County Sole Commissioner Cliff Bradshaw told local Democrats last week that one of the biggest challenges facing him as commissioner is managing the county’s expected growth. “We are going to expand, and we need to be involved with that growth because we want it to be controlled growth,” Bradshaw told the Democratic Party Aug. 8 at the Towns County Civic Center.  The commissioner cited an increase in tourism tax dollars from $37 million to $41 million in the past three years as evidence of a growing local economy.  “The only way we are going to grow the economy here is more population, but we also have to consider how much do we want to grow and how,” Bradshaw added.

Bradshaw responded to questions and spoke to the Democrats for almost an hour about accomplishments during his first three years in office as well as future goals.  Clearly enthusiastic about his time in office, Bradshaw told the Democrats, “I love doing this job.  I work every day for the people, and I don’t know how they vote and I don’t care.  My job is to be the very best commissioner I can be for Towns County.  My job is to protect our mountaintops, to keep the county clean, and to keep our water clean.” 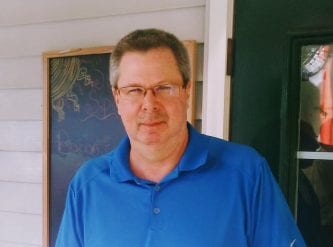 A challenge related to growth is providing a skilled labor force to supply the needs of businesses, beyond the restaurant and service industry, that want to locate here, Bradshaw explained.  Additional traffic comes with growth, and Bradshaw stated he will be meeting with Georgia Governor Brian Kemp and the state transportation director later this month regarding installing a left-turn lane on State Route 76 West, near Papa’s Pizza.

Among the accomplishments of his first term Bradshaw listed:

Bradshaw cited as a primary goal reclaiming for the county the one percent special purpose local option sales tax (SPLOST) which expires for county schools in 2020.  “We want to get it for the county to remodel the courthouse.  It’s time,” the commissioner said.  Another fire station near the Emergency Management Services building is an additional future goal.

Bradshaw also plans to renegotiate the county medical air flightcontract, which he emphasized covers every full-time homeowner in Towns County, with the county covering the fee.  Bradshaw said the current contract has a cap on the price so the county doesn’t pay more if the airlift service flies out more people than in the previous year.  The commissioner wants the new contract to provide a lower cost if the service flies out fewer people than in the previous year.

Towns County Democrats will meet again on Sept. 20 at the Towns County Civic Center.  A potluck dinner will begin at 6 p.m. followed by the business meeting at 6:30. Meetings are open to the public.