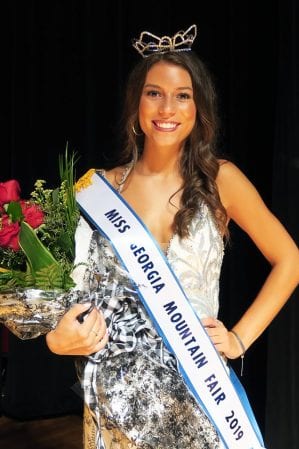 HIAWASSEE, Ga. – Carly Woodard, a 2019 Towns County High School honor graduate, was crowned Miss Georgia Mountain Fair Monday, July 22, also winning the talent portion of the competition with her lyrical dance to “You Say” by Lauren Daigie. Miss Woodard will begin attending Young Harris College in August, seeking a degree in nursing with a career ambition of becoming a nurse practitioner. Woodard said that the Georgia Mountain Fair pageant was the first she had ever entered.

The pageant winner holds nine years of dance studies, four years of guitar lessons, and twelve years cheerleading experience. Woodard won two Most Valuable Player awards as a Lady Indian cheerleader, and served as the cheer captain of the team during her senior year. The beauty queen listed her hobbies as hiking, jeeping, dancing, tumbling, attending bible study, and spending time with family and friends. “Throughout the year, Carly will serve as an ambassador for the Georgia Mountain Fair during select events, including the 2020 Miss Georgia Fairs Pageant,” the fairgrounds said. Woodard was awarded $250 and merchandise prizes. 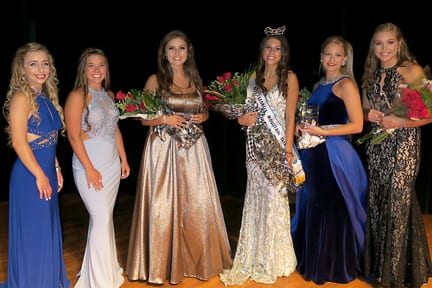 The pageant consisted of talent, evening gown and swimsuit segments, in addition to 5-7 minute interviews conducted by three judges the day prior to the contest at the Holiday Inn Express in Hiawassee.

Congratulations are also extended to: