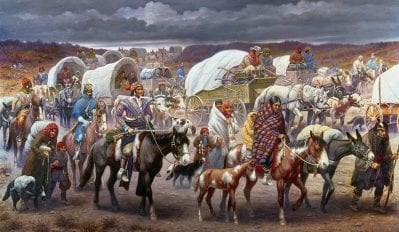 HIAWASSEE, Ga. – Towns County Historical Society welcomed Ed Reed, a retiree from Georgia’s Department of Natural Resources State Parks and Historic Sites, as June’s speaker on the history of “New Echota and the Rebirth of the Cherokee Nation.” A continuation of May’s presentation by Buzz Tatham, who cautioned of the effect that the upcoming Young Harris-Blairsville bypass construction may create in the disruption of Cherokee artifacts buried beneath the earth, Reed led listeners through a timeline of the native tribes’ events. “Today we’d probably call it rebranding, if you want you use a buzz word from the business world, rather than rebirth,” Reed began. 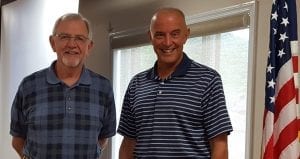 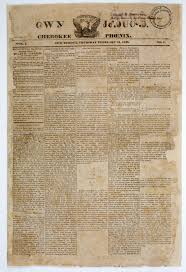 The Cherokee Nation government council began meeting in New Echota in 1819, and New Echota officially served as the capital of the Cherokee Nation from 1825 until the tribe’s forced removal in the 1830s. In 1832, following the Congressional passage of the Indian Removal Act, Georgia began allocating Cherokee territory to white settlers through its Sixth Land Lottery. The Georgia Guard evicted the Cherokee from their land over the next six years. New Echota remained abandoned for the next century until the State of Georgia authorized the reconstruction of the site into a state park in 1952. The historic site is located just north of present-day Calhoun, Georgia, in Gordon County.
Reed led guests on a journey through the settlement’s proud foundation to the removal of the native tribe on the infamous Trail of Tears. “The Cherokee were outnumbered and overwhelmed,” Reed said. “They had no other choice than to leave.”

Towns County Historical Society meets on the second Monday of each month. Due to roofing issues at the former recreation center, meeting are presently held at the Towns County Civic Center on the courthouse campus. Members voted to move the meetings to 6 p.m. beginning in August.