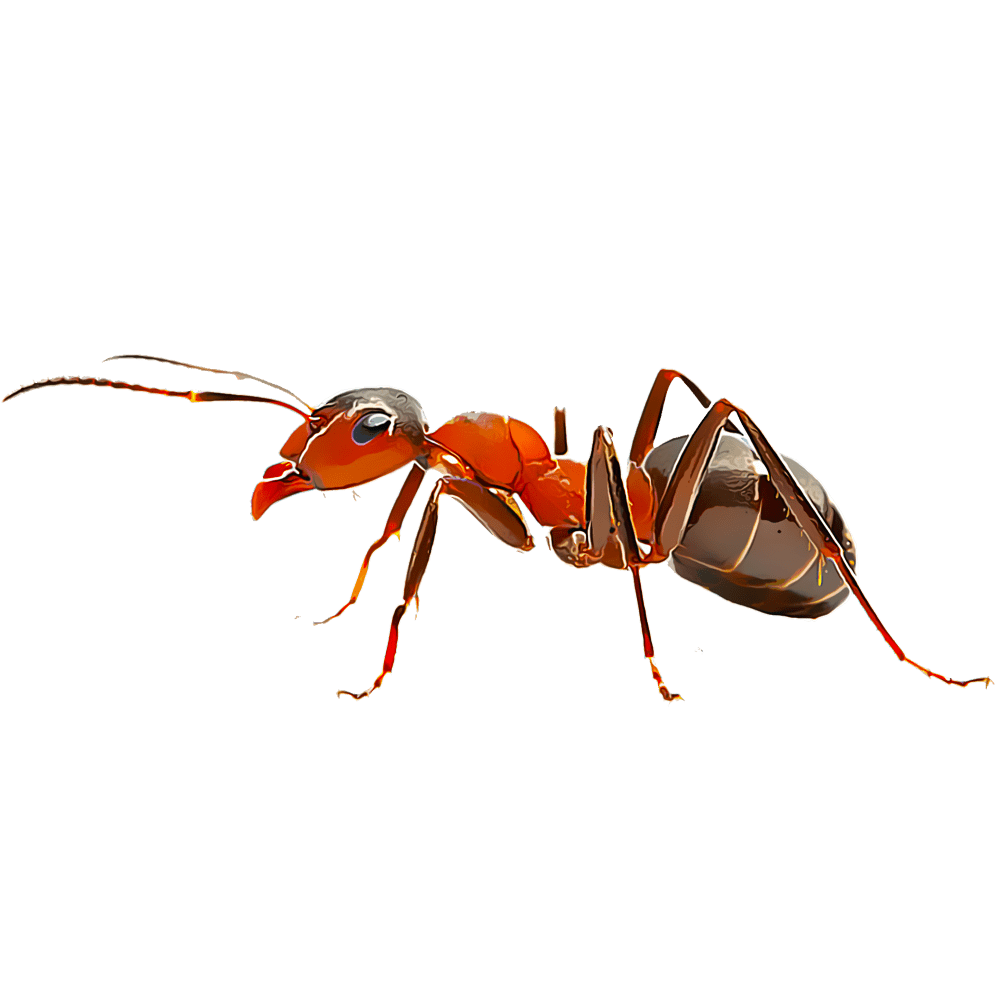 Fire ants are very common throughout Georgia. Thankfully, we don’t have as many in the mountains as they do south of us. But, once you experience a fire ant bite, you won’t ever forget it. Another problem with fire ants is that you rarely get just one bite. Fire ants were first reported in Georgia in the 1950s. They’ve been found all the way from North Carolina to Texas, and down to Florida.

The summer after my first year of college I worked at an orchard picking peaches. We’d be going from tree to tree picking fruit. You’d look up into the tree when all of a sudden your leg would feel like it was on fire. That person would usually run off into the trees ripping their shoes and socks off trying get the fire ants off. Let’s talk about fire ants and things that you can do to control them so that they don’t take over your lawn or pasture.

If you can manage to get an up close look without being bitten and stung you’ll see that fire ants have two nodes between their abdomen at the end of their body and the thorax in the middle of their body. Fire ants generally like to stay in open grassy areas.

Using a bait will be the most effective way of controlling fire ants. Either broadcast the bait over the mounds, or in a four foot circle around each mound. There are a number of baits that can be used. Amdro B, Ascend, Distance Fire Ant Bait, Spectracide, Once ‘n’ Done, and Extinguish are baits recommended in the Georgia Pest Management handbook. If a few mounds remain after seven to ten days, a follow up application of Orthene will be effective against those problematic mounds. Take a long stick and quickly put a hole in the center of the mound. Then fill the hole with insecticide to eliminate those mounds. When applying pesticides always make sure to read and follow the label.

Pouring about 3 gallons of water onto a mound will usually eliminate the mound, if it is done in the morning when more ants are close to the soil surface. It is also possible to coerce fire ants to move from sensitive areas by continually knocking down their colonies.

There are not many natural controls for fire ants in the United States because they are an invasive species. Fire ants are native to South America and have many natural enemies there. Researchers have to be very careful about introducing a natural predator, because the effects of that introduced species are unknown on our ecosystem.

If you have any questions about fire ants and fire ant control, contact your local Extension Office or send me an email at [email protected].