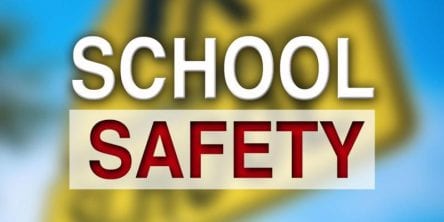 HIAWASSEE, Ga. – Several instances of bullying and shooting threats have publicly surfaced at Towns County Schools in recent months, with numerous parents contacting FetchYourNews (FYN) to report on the matter. In December, 2018, a seventh grade student attempted suicide by overdosing on medication after alleged bullying by a classmate. The mother of the alleged victim stated that she did not feel the issue was properly addressed by school officials.

In early March of this year, a social media “prank”  warning that a weapon may be brought on campus was issued by a high school student, much to the dismay of concerned parents who were additionally troubled that they had not been notified by school administrators in an appropiate nor timely fashion.

On April 15, at a scheduled Board of Education meeting, the parent of a fifth grade student addressed school officials in reference to a recent shooting threat directed toward her daughter by a fellow student. Erin Cross, the mother of the alleged victim, stated publicly at the board session that school officials failed to rectify the situation accordingly. A male student in question penned a menacing note, claiming, “If I could shoot someone, it would be (female student’s name).”

Cross recapped previous interactions concerning the matter with Towns County School Superintendent Darren Berrong, campus administrators, and school resource officers. The mother of the fifth grader believes that the student who issued the threat should be permanately removed from Towns County Schools, thus better suited for an alternative schooling system. Cross noted that prior instances of bullying had been instigated by the student in the past, and relayed a conversation held with school staff.

“In this meeting, they informed me (that the student in question) wouldn’t return to school until the following Wednesday, March 30.” Cross said. “I did state that (Deputy) Donnie (Jarrard) told me that he nor (Deputy) Sally (Tanner) could search students without reason or cause, but that the school could, and I was advised he would be searched daily upon his return, as well as he would be removed from (alleged victim’s) class, but there was not an alternative school to send him to. I asked about in-school suspension (ISS), and I was told that wouldn’t be feasible. I questioned the high school student, and the incident that happened the week prior, and (that student) wasn’t allowed on campus. I was told again there was no alternative school…”

On April 22, FYN contacted School Superintendent Darren Berrong, offering an opportunity to issue a statement. “An elementary school (ES) student wrote a note to another student stating, ‘If I could shoot someone, I would shoot _______’,” Dr. Berrong told FYN. “The name in the blank was the daughter of the mother present at the board meeting. The note eventually made its way to the administration at the ES. The school gave appropriate consequences, as well as ensured the two students no longer had any common classes together. The information was turned over to the School Resource Officers (SRO) which was then turned over to the Juvenile Justice System. Since Towns County Schools, nor any districts near us, have an alternative school for ES students, the Board and ES administration are in discussions for a possible future need for extended disciplinary measures in case that need ever arises.”

The student who perpetrated the threat was temporaily suspended from campus, and due to answer in court as a result of charges brought forth by the Department of Juvenile Justice. Cross, however, maintains that the student should not be permitted to continue attending Towns County Schools. “I feel as if I have went through every chain of command to see that this situation is handled appropriately, to keep not only my child safe, but others as well. I don’t feel it is sufficient enough that (the student in question) can’t be assigned in a controlled enviroment to receive his education while he is getting the help that he needs through the courts…,” Cross concluded.

A 2016 study conducted by the National Center for Educational Statistics revealed that over 20 percent of students reported being bullied at school in the United States. A total of 33 percent of students who reported incidents indicated that they were targeted at least once or twice a month throughout the school year.