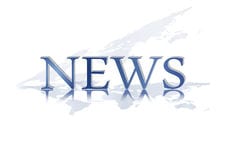 HIAWASSEE, Ga. – A man, believed to be in his 40s, suffered a serious head injury earlier this afternoon, Tuesday, Feb. 26, after falling from a 15-foot ladder while trimming trees. The accident occurred on Taylor Road, east of Hiawassee.

“He’s reported as in and out of conscientious at this time,” Chief Copeland said, adding that the man was actively sawing at the time of the incident.

A medical air flight was dispatched to transport the victim for treatment at a trauma center.