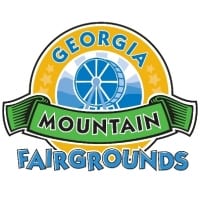 HIAWASSEE, Ga. – Georgia Mountain Fairgrounds announced that the Georgia State Clogging Convention will take place Oct. 5 in Towns County, beckoning avid dancers and spectators from miles around. Hilda Thomason, general manager of the fairgrounds, told board members of the Towns County Convention of Visitors Bureau (CVB) this morning that approximately 100 dance teams are expected to participate, arriving in Hiawassee the night before the all-day Saturday dance-off.

“It’s good and it’s part of our heritage,” CVB Chairman Ronnie Phillips responded to the news. Thomason informed the board that event organizers are interested in a three-year contract with the fairgrounds.

“Clogging is an expressive style of American dance with origins in the folk dances of the British Isles, Africa, and pre-Columbian America,” Ruth Pershing of The Cane Creek Cloggers, a North Carolina dance team, explained. “Settlers in the American South took elements of these styles to form a unique American dance style, Appalachian clog dancing. By the 1930s, professional dance teams had combined traditional dance steps with more contemporary figures, creating colorful and energetic routines for the stage.

“Clogging is thought of by many as an age-old dance form steeped in the rich culture of isolated mountain hollers, maintained alongside ballads, folk tales, and fiddle tunes. In actuality, it is not the least bit static and has quite a complex and multi-faceted history. Its story is only partly known, with many questions that are as yet unanswered and many that will likely remain obscure forever.”