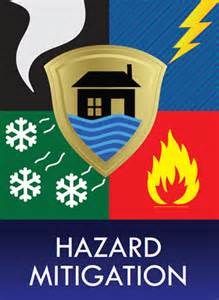 According to the Federal Emergency Management Agency (FEMA), hazard mitigation is any action taken to reduce or eliminate long term risk to people and property from natural disasters.  Hazard mitigation planning is a process used by state, tribal, and local governments to identify risks and vulnerabilities associated with natural disasters and develop mitigation strategies to reduce or eliminate long term risks.

Towns County was awarded a $21,000 federal grant to fund the project. Additional grants were stated as available.

Towns County Emergency Management Agency (EMA) Director Rickey Mathis was on hand to explain the program. Mathis imparted that the strategy is not a cookie-cutter template, rather the local emergency operation plan is designed specifically for Towns County, and focuses on the hazards most likely to occur within the immediate area.

Mathis stressed that personal preparation is of utmost importance. “Prepare your own self. Prepare your family,” the EMA director advised, explaining that while emergency crews are trained to identify and respond to widespread disaster, resources could become exhausted in the event of a catastrophe.

Information on emergency preparedness can be found at ready.gov