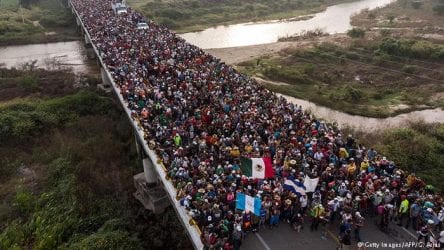 HIAWASSEE, Ga. – Towns County Sheriff Chris Clinton took a solid stand on social media in the days leading into the general midterm election, warning Georgia voters of what he believes will result in dire repercussions should Democratic gubernatorial candidate Stacey Abrams prove to be the victor on Tuesday, Nov. 6.

Clinton – a self-professed Constitutional Conservative serving his third term as Towns County’s lead lawman – insists that the caravan of migrants swelling toward the southern U.S. border is nothing short of an orchestrated invasion. 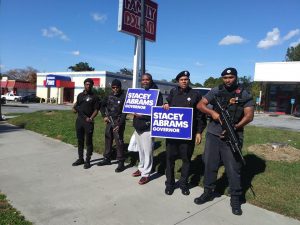 In a shared post on social media, the sheriff added, “Vote Brian Kemp Georgia’s next Governor and stop this extreme and dangerous socialist agenda.”

The sheriff stressed that the motive behind the migrant caravan is to add future backup supporters for the Democratic candidate’s socialist cause, claiming that violent MS-13 gang criminals are embedded within the mass of the estimated 12,000 foreigners.

“MS-13 is an extremely violent and brutal gang with no more respect for your front door or your family than they have for any nation’s borders or civil authorities,” Clinton warned.

“Abrams thinks the folks doing all this are good people and should be allowed to join her cause,” Clinton went on to explain, “Meanwhile, she believes that the law enforcement officers risking their lives to keep us safe are like terrorists.”

The sheriff later reiterated his outlook in a conversation with FYN on Nov. 2. “I am certain that Towns Countians are informed and are doing our part,” Clinton assured, “Let us all pray for a healing of our nation. While praying, vote.”

Sheriff Clinton is scheduled to address the Town County Republican Party on Thursday, Nov. 15, speaking on the encroaching caravan, gangs, guns, and the opioid epidemic.

Towns County GOP meets on the third Thursday of each month at 6 p.m. at the Towns County Civic Center in Hiawassee. Meetings are open to the public.

Fetch Your News is a hyper local news outlet, attracting more than 300,000 page views and 3.5 million impressions per month in Towns, Dawson, Lumpkin, White, Fannin, Gilmer, Pickens, Union, and Murray counties, as well as Cherokee County in N.C. – FYNTV attracts approximately 15,000 viewers per week and reaches between 15,000 to 60,000 per week on our Facebook page.