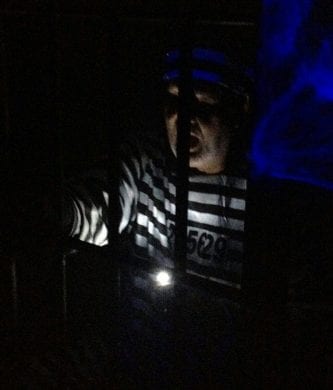 HIAWASSEE, Ga. – Hundreds of trick-or-treaters arrived at the Towns County Courthouse on Halloween evening to join in the fun-filled celebration. Candy booths sponsored by local businesses and government agencies lined the courthouse porch as children of all ages wrapped their way around the building, collecting sweets. 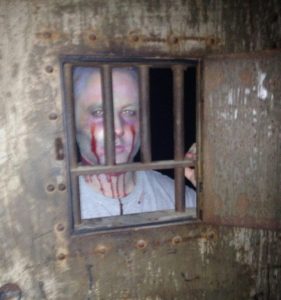 A ghostly “inmate” at the Old Rock Jail

This year’s event featured a “haunted jail” attraction at the Old Rock Jail Museum, and the line to tour the 1939 historic site stretched beneath the maple tree on the courthouse grounds. Towns County Historical Society accomplished a spooktacular feat by supplying themed props, adding startling strobe and sound effects, and casting a set of skilled actors to play the part of tour guides, inmates, and other creepy characters. 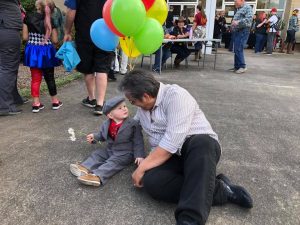 Halloween in Hiawassee included a street performance by North Georgia Dance Studio, a “Thriller” flash mob, and a children’s costume contest.  The first place winner in the birth-to-age-two category was awarded to Kylyn Keyes. Romina Solorio was chosen for first prize in the 3-to-7 year range, and Anna Hamby was judged the winner in the 8-and-older category. 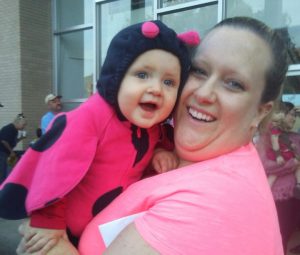