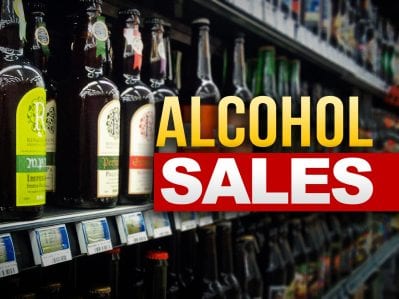 HIAWASSEE, Ga. – Local petitioners submitted a total of 304 signatures to the Towns County Board of Elections on Wednesday, Aug. 1, hoping to gain a referendum on the November ballot, allowing voters to decide whether a liquor store should set up shop within the city limits.

FYN met with the election board on the morning of Thursday, Aug. 2, and learned that the referendum did not pass.

A requirement to include a referendum on the ballot stipulates that 35 percent of valid registered voters from the most recent General Primary election, currently residing within the jurisdiction, must add their names to a petition in a show of support, which amounted to 233 local signatures necessary.

Out of the 304 signatures collected, only 181 voters were verifiable by the Board of Elections. The petition contained 56 duplicate names, while 64 signatures were shown to be garnered from individuals not registered to vote, residing outside of the precinct, or deceased.

Petitioners attempted to collect an adequate amount of signatures in the past, falling short of the 35 percent required. The names listed on the former petition were lawfully included for verification by the Election Board on the current petition.

In total, Hiawassee fell 52 verifiable signatures short of a package store being taken to vote.

A “Brunch Resolution” was successfully submitted to the Board of Elections, however, which would allow local establishments to serve alcohol at 11:00* a.m. on Sundays. Hiawassee City Council unanimously approved the referendum, with a petition unnecessary as per municipal decree.

The question will appear on the General Primary ballot in November.