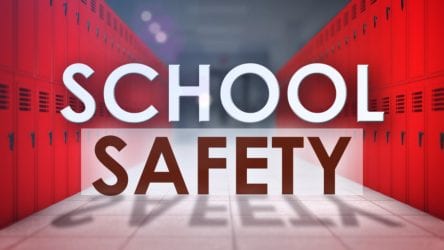 HIAWASSEE, Ga. – Towns County Board of Education convened for a Special Called Meeting on Thursday, July 19, to vote on hiring a second school resource officer to protect Towns County Schools. The Board unanomosly approved the motion. Superintendent Darren Berrong met with Sole Commissioner Cliff Bradshaw and Sheriff Chris Clinton earlier in the day, and the three officials agreed that it is in the best interest of Towns County students to employ an additional officer. Towns County Schools will fund 75 percent of the cost of employment, with 25 percent derived from the Towns County Sheriff’s Office budget. Berrong estimated the cost at $30,000 per year, which will include employee benefits. Berrong stated that the funding had been previously figured into the 2018-2019 school budget.

Discussion of the possibility of arming select school staff ensued, with Board member Robert Williams vocalizing opposition to the notion. Berrong stated that additional dialog will take place as to the specifics. The extent of information released to the public concerning the issue is unknown at the time of publication, as mention was made to keep aspects confidential due to safety concerns. “Only the Board of Education would know,” Berrong said.

If enacted, Berrong asserted that “serious restrictions” would apply, and that staff must comply with state regulations along with stringent measures set forth by the Board. The decision on whether to carry a firearm will be on a voluntary basis, said Berrong.

FetchYournews (FYN) met with Commissioner Cliff Bradshaw the following morning to gather his thoughts on the topic, and while he voiced adament agreement with the hiring of a second school resource officer, Bradshaw said that he was unaware of a discussion related the arming of staff taking place. “An additional officer is definitely the right thing to do for the safety of the children,” Bradshaw stated, declining to offer an opinion on additional precautions due to insufficient knowledge on the Board of Education’s precise plans.

At any rate, the final decision on arming educators lies with the school board.

“The law allows the school board to make such decisions, and I am confident that they will make the decision they feel is best for our school,” Sheriff Clinton tells FYN, “The Office of Sheriff is more than happy to work with our schools in any way. We are thankful for the job they do in teaching and helping our youth.

FYN inquired as to when an active shooter drill will take place, with Berrong directing FYN to Roy Perren, the facility director for Towns County Schools, for specific details.

Perren relayed that a third table-top planning session is planned for Aug. 6, in conjunction with the Georgia Emergency Management Agency (GEMA) and local public safety units, while stating that a physical drill may take place thereafter in the following months. Both Berrong and Perren assured that the training exercise will include personnel from the full-scope of local emergency responder divisions.

FYN will continue to relay information regarding school safety as developments occur.