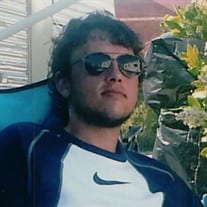 The Cochran Funeral Home of Hiawassee announces Funeral Services for Joshua Lee Hooper, age 30, of Young Harris who left this world all too soon on July 2, 2018.

Josh was born in Hiawassee, Georgia on October 23, 1987. He played a variety of sports throughout his school years and made friends with everyone that he met. He had the unique ability to genuinely connect with people, and was fiercely loyal to them- almost to a fault. Known for his comical side and practical jokes, time spent with Josh would always include laughter. Any interaction with him was often the best part of people’s day. Josh was the constant in life; he was the same each time that you saw him, good-hearted and full of life. Josh enjoyed the freedom of the outdoors. If not working, Josh could be found around the mountains either hunting or fishing, depending on the season.

Josh became a heavy equipment operator, and was able to travel to many places to work. He quickly learned to master new skills and quickly became a huge asset to his crew. He was dependable and set for himself high standards. He never judged, was quick to lend a helping hand, and wouldn’t gossip or tolerate those who did. He loved to work with his hands and to feel the sense of accomplishment when the job was completed.

The family will receive friends at Cochran Funeral Home of Hiawassee on Thursday evening, July 5th, from 5 until 9 p.m.