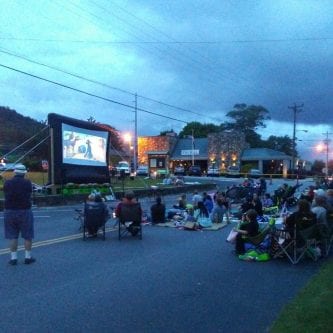 HIAWASSEE, Ga. – “Flicks on the Square” premiered in the heart of Hiawassee on the evening of May 25, 2018. Although storm clouds loomed above, the weather cooperated with what Hiawassee Mayor Liz Ordiales called an historic event. 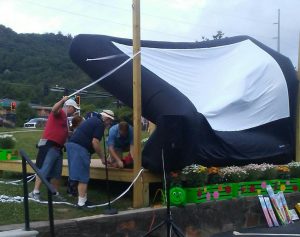 The movie screen was raised shortly before dusk.

The first movie presented was Ferdinand, an animated film about a young bull who flees from a training camp in Spain after his father fails to return from a duel with a matador.

The fun began at 7 p.m. with children tossing frisbees, footballs, and frolicking on the square grounds. Families settled along Berrong Street, which was closed to traffic, to watch the show.

Seth Solesbee, manager of Goin’ Postal, passed out raffle tickets for toys to the children. 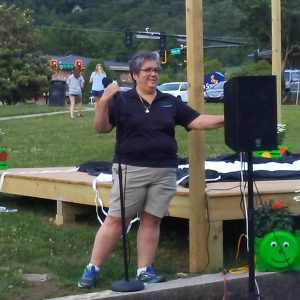 “I think it’s time to get some youth on the square, and get some families out here, having a good time, and enjoying our city. I think this is a good start. Everyone loves movies, and we’re trying to target the kids,” Hiawassee Mayor Liz Ordiales told FetchYourNews. “It’s all about the kids, and all about the families, and that’s why we’re here.” Ordiales added that a classic movie, geared toward an older audience, may be scheduled.

Claire Wells, a Hiawassee resident who moved to the mountains several years prior, brought her father and two daughters along to watch the show. “I think this was a really good idea. It gives young people something to do, and it’s free, which is always nice,” Wells chimed. “We love Hiawassee. It’s a safe town, and we don’t have to worry. There’s clean air, fresh water, it’s the best place on earth to be.” Wells also noted her appreciation of newly-installed WiFi on the town’s square. 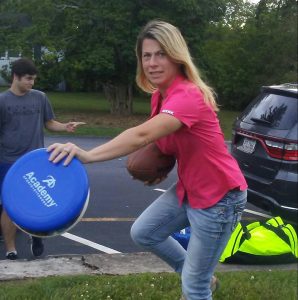 “We love doing this because it doesn’t just cater to one small population,” Hiawassee City Councilwoman Amy Barrett said. “It targets everybody, and that’s great because that’s what we want to do. We want to cater to everyone and give them something fun to do on a Friday night.”

The next movie, Early Man, will be shown Friday, June 8, followed by Storks Friday, June 22. A full summer line-up is available on the rear of the Appalachian Trail map on Hiawassee Town Square.

City of Hiawassee Flicks on the Square Hiawassee Square