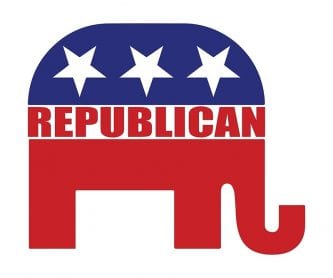 While the events are not related, they are set to take place on the same day.

“Hometown Pride” is the theme of this year’s Georgia Mountain Fair opening day parade. The parade will celebrate its 68th anniversary. Floats will trace their way down Main Street, along with antique cars, tractors, fire trucks, horses, and the Towns County High School marching band. First prize for best float is $2,500. A total of $4,500 in prizes will be awarded. The Georgia Mountain Fairgrounds has received 15 participant applications thus far and expects that number to increase as July approaches. Businesses and organizations who would like to take part are asked to contact Hilda Thomason, manager of the fairgrounds, at 706-896-4191.

“We want to organize a very positive event,” Towns County GOP Chairwoman Betsy Young told FetchYourNews. “It will be a day of contests, music, food, crafts, and candidates on the stump. A fun, old-fashion rally.”

Young said there will be an elephant-calling contest, and the Towns County GOP mascot, “Trumpet”, a large inflatable elephant, is sure to join the festivities.

Chris Clinton Band is scheduled perform, and several vendors have already signed up to participate in the event. Barbecue pulled pork, ice cold drinks, and homemade baked goods will be available for purchase.

Plenty of 10-by-10 foot spaces are still available for $20.00 per spot. Proceeds will benefit the Towns County Republican Party general fund.

Set-up begins at 8 a.m. with the rally beginning once the parade ends. The Georgia Mountain Fair parade is scheduled to begin at 11 a.m.

Those interested in participating as vendors or musicians at the political rally are asked to contact Betsy Young at TCGOPChair@gmail.com.