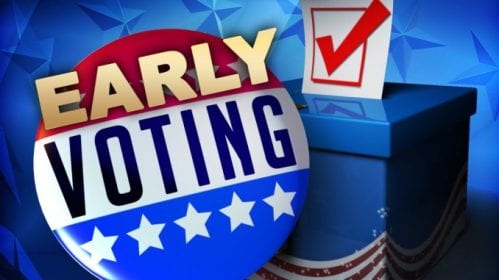 Towns County polls are open weekdays between 8:30 a.m. and 4:30 p.m. at the Towns County Board of Elections and Registration Office, located at 67 Lakeview Circle in Hiawassee, adjacent to the Towns County Civic Center, behind the Old Rock Jail.

The office will remain open during lunch hours.

Absentee ballots are available through the Towns County Board of Elections office, by calling 706-896-4353.

The Towns County Board of Elections told FetchYourNews that the office will accommodate the elderly or handicap by moving such voters to the front of the line.

It is necessary for voters to declare a political party – Republican or Democrat – prior to casting a ballot. Otherwise, voters will only be eligible to vote in the Nonpartisan General Election.

Once a ballot is cast, it is final and cannot be changed at a later date.

Voters assigned to the Macedonia precinct should report to Macedonia Baptist Church on Highway 76 East, as the regular Towns County Schools location is undergoing renovation.

The deadline to register to vote in the upcoming election expired April 24, 2018.

According to the Towns County Board of Elections, turnout on the first day of early voting amounted to 13 ballots being cast.