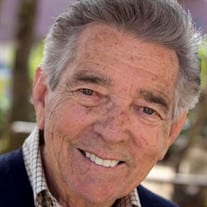 For the past 33 years, Wayne has made it his life’s mission to spread the messages of Our Lady of Medjugorje bringing hundreds of thousands of people to conversion to God. Wayne has traveled the world speaking about Medjugorje and he has written twelve books which have sold worldwide. In addition, Wayne has lead dozens of pilgrimages to Medjugorje throughout the past 30 plus years.

Funeral Services are scheduled for Friday, May 4, 2018 at 11:00am from St. Francis of Assisi Catholic Church in Blairsville, GA. Interment will be in the Live Oak Memorial Gardens in Charleston, SC.
In lieu of flowers, please make donations to Weible Columns Inc. to enable the continuation of Wayne’s mission. Donations may be made online athttps://www.weiblecolumns.org/donate/weible-columns-inc or by mail at P.O. Box 10 Hiawassee, GA 30546. Make checks payable to Weible Columns Inc. (All donations are tax deductible).

Cochran funeral Home of Hiawassee is honored to be serving in charge of the arrangements.