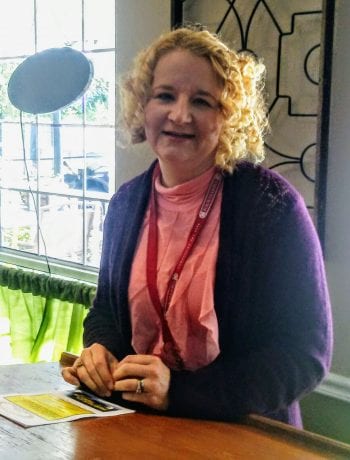 HIAWASSEE, Ga. – Towns County Board of Education Post 2 candidate, Bradi Rutan, introduced herself to the community at the weekly meeting of Mountain Movers & Shakers April 27, 2018.

Rutan, a mother of two students, said she will bring her experience as a mental health professional to the school board if elected. The licensed clinical social worker’s merits include 14 years of history working in the adolescent and geriatric psychiatric fields. 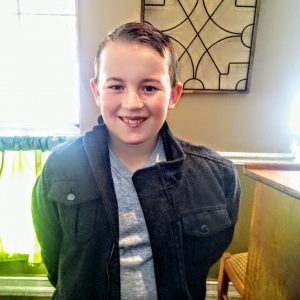 Bentley Floyd opened the meeting with an engaging speech on robotics.

“My background is in mental health. Not that I want to impose mental health in the school system, but I think that having someone inclined and trained in the mental health area can be beneficial in Towns County Schools,” Rutan stated.

The social worker spoke in favor of Avita Community Partners, a public agency formed in 1993 by the Georgia Legislature to address the mental health needs of both children and adults in 13 northeast Georgia counties.

“Mental health is a huge area of need that I think needs to be more established in the schools,” Rutan continued. “I feel the most important role (for board members) is being the ears of the entire community and advocating for the needs to the members of the school board.”

The candidate also noted the economic struggles many families and students in the area face, saying she feels that schools should be a “safety zone” for children.

Tamie Bradley, of Young Harris, will appear on the ballot, vying for Post 2 as well.

Fetch Your News is a hyper local news outlet that attracts more than 300,000 page views and 3.5 million impressions per month in Dawson, Lumpkin, White, Fannin, Gilmer, Pickens, Union, Towns and Murray counties as well as Cherokee County in N.C. FYNTV attracts approximately 15,000 viewers per week and reaches between 15,000 to 60,000 per week on our Facebook page. For the most effective, least expensive local advertising, call 706-276-6397 or email us at advertise@FetchYourNews.com

Towns County Board of Education