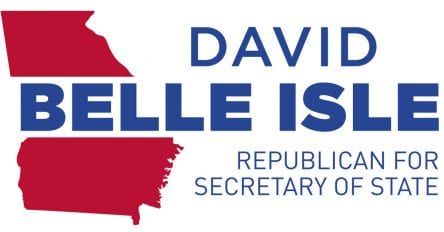 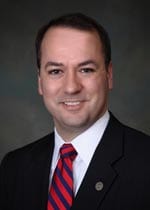 Isle spoke of a need for updated voting machines and explained his plan to bolster voter confidence. Isle described a three-step process involving casting ballots in the current manner, but also the addition of a printed record that can be verified by the voter, then scanned into a second database, with the electronically-printed physical copy stored as well.

“In Georgia, you do not need to be a U.S. citizen to vote in Georgia elections,” Isle told the conservative constituents, “In block five on the front page (on the voter regiation form) there are three options. You can put your driver’s license number, that’s one option. If you don’t have a driver’s license number, in the middle you can put your social security number. If you don’t have a social security number, all you have to do is is check the box on the far right. It says that you have a driver’s license or a social security number. If you fill out the rest of the voter registration form and submit it, you will be registered to vote whether you are a U.S. citizen or not. The state legislature realized this back in 2010, and they passed the Proof of Citizen Act, but we are now in 2018, and the Proof of Citizenship Act has yet to be implemented.”

The sixth-generation Georgian says he plans to go above and beyond the duties of State Secretary if elected. Isle intends on delivering rural broadband and strategic workforce development through free market solutions, fighting job killing regulations, and supporting agriculture, technology, and other emerging industries.

The Republican Party meets on the third Thursday of each month at 5:30 p.m. for social refreshments, with meetings beginning at 6:00 p.m. at the Towns County Civic Center.

Fetch Your News is a hyper local news outlet that attracts more than 300,000 page views and 3.5 million impressions per month in Dawson, Lumpkin, White, Fannin, Gilmer, Pickens, Union, Towns and Murray counties as well as Cherokee County in N.C. FYNTV attracts approximately 15,000 viewers per week and reaches between 15,000 to 60,000 per week on our Facebook page. For the most effective, least expensive local advertising, call 706-276-6397 or email us at [email protected]