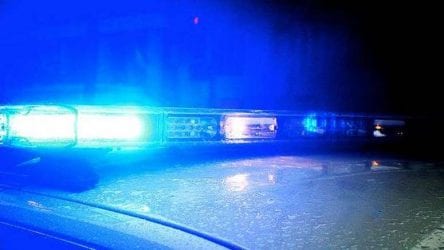 HIAWASSEE, Ga. – Hiawassee Police Department announced a “new low” in felony drug arrests, and the suspected reason for the decline is surprising. According to Hiawassee Police Chief Paul Smith, word of his department’s vigilance has spread, and individuals possessing illicit substances may be traveling an alternate route to evade city law enforcement.

During Hiawassee City Council’s regular session on Tuesday, April 3, Chief Smith recalled an incident involving a drug-related arrest. Smith stated that the suspect readily admitted that he should have avoided Hiawassee, specifically mentioning Highway 288 as the passage the driver divulged should have been chosen instead. Highway 288, also known as Sunnyside Road, winds south of Hiawassee’s perimeter, beyond the city police department’s jurisdiction.

“There was another person that let us look through their phone after we arrested them, giving us consent to search their device,” Chief Smith disclosed in an interview with FetchYourNews (FYN). “Someone had messaged them, saying something along the lines of, ‘Why did you go through Hiawassee?'”

A patrol officer with the Hiawassee Police Department relayed that, he too, has heard rumors of Highway 288 being the preferred course of travel for perpetrators hoping to avoid city law enforcement. The majority of drug arrests occurring within the city limits of Hiawassee are the result of traffic stops initiated for citation-related offenses, such as speeding or improper vehicle requirements.

FYN contacted Towns County Sheriff Chris Clinton for his thoughts on the theory that drug offenders are skirting Hiawassee in favor of Highway 288, a route which falls under his department’s jurisdiction.

“I am unaware of any official statement by the City of Hiawassee making such a claim. My office has received no criminal intelligence, much less evidence, of any such criminal methodology,” Sheriff Clinton stated via email.

In contrast to 2017 data, Hiawassee Police Department’s self-initiated reports have decreased by 25 percent this year. The agency has seen a 40 percent increase in dispatched calls, however, in the first quarter of 2018. Hiawassee Police Department has generated a total of 868 case numbers in the past three months.  The amount is a combination of traffic stops, citations, and calls for service.