HIAWASSEE, Ga. – The Libertarian Party of Georgia has selected their nominees for the 2018 election amidst a simmering lawsuit between party members and the state of Georgia over the right to third-party ballot access, claiming current restrictions are unconstitutional. Georgia law, the most stringent in the nation, requires 5 percent of registered voters to sign petitions, amounting to approximately 20,000 signatures needed in order to field a third-party candidate in any of Georgia’s 14 congressional districts. Petitions are limited to 180 days of circulation between the time the first and final signature is collected. 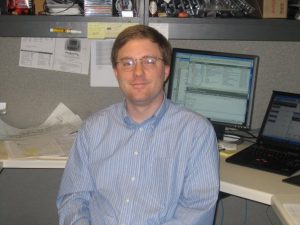 The Libertarian Party of Georgia was established in 1972, and it is recognized as a valid political body. While Republican and Democratic nominees are automatically listed on the ballot, Libertarians say the archaic election regulations are not only biased towards candidates, but more importantly, restrict the freedom of choice from the citizens they wish to serve. A third-party candidate in Georgia has never collected enough signatures to appear on the ballot for the U.S. House since the state passed the qualification law in 1943.

The ballot access lawsuit was filed in federal court on Nov. 21, 2017.

“In order to add your name to the ballot and seek the presidency, you need only 7,500 signatures.  But to run for U.S. House or Senate, you need over 20,000.  Our lawsuit seeks to level the playing field. Many politicians run unopposed in Georgia,” Gilmer explained.  “I believe until we allow citizens to participate in government, our politicians will not be held accountable.
“With the number of uncontested races in this state, it is alarming how much control a political party has to select winners and losers, without strong competition, in a general election cycle,” Gilmer added.
Martin Cowen, the lead plaintiff in the lawsuit, agrees that current restrictions are anti-competitive. “The current election laws were written by Republicans and Democrats to keep other candidates off the ballot. Eighty percent of the elections in the state are single-candidate which is anti-democratic. The requirements should be lowered so that people have a choice,” Cowen said.
Cowen, a retired judge and criminal defense attorney who has participated with the party since its 1972 inception, is the Libertarian nominee for U.S. House 13th District.
Atlanta attorney Jeff Amason offered his thoughts on the lawsuit.
“By their very nature, ballot access laws are oppressive, suppress choice, and through design favor the parties in control.  Georgia’s ballot access laws are some of the most restrictive in all these United States – giving Georgia the distinction of preferring to protect its favored candidates over offering choice to its voters,” Amason said. “It is ironic that Georgia tolerates and allows wasteful spending and effort in many governmental areas while it fervently restricts ballot access that limits voter choice – which should be the one area ‘waste’ would be tolerated in the name of voter choice and freedom.”
Georgia Libertarian Party Vice Chairman Ryan Graham told FetchYourNews a fair outcome to the lawsuit would be the nullification of antiquated ballot access laws. Graham was nominated for Public Service Commission in the 2018 state election. 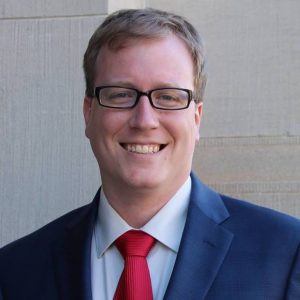 “The laws we are battling were originally put into place to keep the Communist Party out of politics. Decades later, those same laws prevent everyone except Republicans and Democrats from being heard,” Graham expressed. “Georgia is considered one of the least competitive states in the nation. Eighty-one percent of incumbents run unchallenged while eighty-two percent of open seats run only a single candidate. Under the current ballot access laws, 27 candidates have attempted to run outside of the two major political parties and each has failed.

“This is bad for democracy and unfair to Georgians. As Libertarians, we believe competition breeds innovation and better results.”