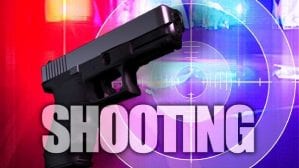 HIAWASSEE, Ga. – Just before midnight on Friday, Jan. 26, 2018, the Hiawassee Police Department responded to a call from the Hiawassee Budget Inn on South Main Street in reference to a subject attempting to force entry into a room. Upon arrival, officers discovered that a person had been shot. The shooter had fled the scene on foot.

The Towns County Sheriff’s Office and Hiawassee Police Department canvased the area attempting to locate the shooter. The victim, 40-year-old Lee Conard, of Young Harris, Georgia, was transported by air ambulance to Northeast Georgia Medical Center with a bullet wound to the arm.

The Georgia Bureau of Investigations was called to investigate the shooting. As the investigation was ending,  the assailant, Christopher Cody Wiggins, 18, returned to the scene and surrendered to the officers still present. Wiggins then lead officers approximately three-quarters of a mile to where he had dropped the gun used in the incident.

Wiggins is currently being held at the Towns County Detention Center and has been charged with two counts of aggravated assault with a deadly weapon.

“A matter of inches is all that kept this from being a homicide instead of an aggravated assault. Those involved were very fortunate that no life was lost,” Hiawassee Police Chief Paul Smith told FetchYourNews. “The quick response and teamwork from all emergency personnel helped bring this case to a close before the sun rose. As always, we are appreciative of the assistance provided by the Towns County Sheriff’s Office and the Georgia Bureau of Investigations.”

Investigators learned that Conard sustained the gunshot wound while hiding in the bathroom with 18-year-old Abagail Petoskey, of Young Harris. Wiggins shot through the bathroom door multiple times, striking Conard in the arm. Petoskey was not injured.