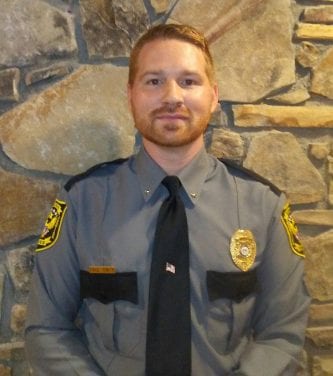 HIAWASSEE, Ga. – The Hiawassee Police Department (HPD) had an eventful and busy 2017. Chief Arvel Walls retired in May after dutifully serving the citizens of Towns County for 33 years. Paul Smith was named acting police chief until he was sworn in as police chief on Aug. 1, 2017.

In May, a fifth full-time officer was hired to help combat the growing problem of drugs in our community. Until this point, Hiawassee Police officers had served individual 12-hour shifts. Having a fifth position allowed for an officer to focus on drug and traffic interdiction, but also provide back up for other officers.

With a new position dedicated to drug interdiction, felony drug arrests nearly doubled over the previous year. By the end of December, the Hiawassee Police Department had arrested 107 individuals for drug-related crimes. Of those 107 arrests, 61 were felony drug crimes, and the remaining 46 were misdemeanor drug crimes. In addition to the drug arrests, HPD officers arrested 110 other individuals on non-drug-related charges, many of which were traffic-related crimes.

November ended with an armed robbery at Save-A-Lot, the first armed robbery on record in Hiawassee. Detective Brandon Barrett took the lead on the investigation and, within two weeks, had arrested the individuals responsible for the crime.

Hiawassee Police Department made over 1,500 traffic stops during 2017, resulting in over 800 citations, 200 written warnings, and 500 verbal warnings. Officers responded to over 1,600 calls for service, including incidents from an armed robbery to livestock in the roadway.

Hiawassee Police Department thanks everyone for their support and looks forward to continuing to serve the citizens and visitors of Hiawassee in the coming year.