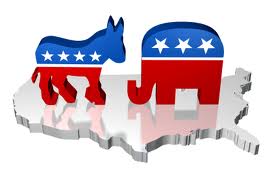 YOUNG HARRIS, GA – While there is no denying differences in opinion exist between Republicans and Democrats, 9th District Democratic Chair and the Georgia Mountains Progressive Democrats of America Leader David Robinson made his position crystal clear in a letter circulated among members of his Party on October 12, 2017.

Towns County GOP Chair Betsy Young extended an invitation to the Democratic Party to attend the “United We Stand” event held on Sunday, October 15, at the war memorial at Foster Park in Young Harris. “It is not a Republican thing,” Betsy Young explained, “It is an everyone celebration of our flag.”

The ceremony included the reciting of the Pledge of Allegiance and the singing of the National Anthem.

In an email sent to Democratic members and obtained by Fetch Your News, David Robinson wrote:

“9th District Dems,
“To Recite the Pledge of Allegiance & Sing the National Anthem.” Unspoken: To put a “patriotism” (and implicitly “white people vs. black people”) spin on Pence’s and Trump’s complaints about the NFL players “taking a knee.” (Never mind that pesky First Amendment.)
The players’ action has nothing to do with “the flag” or “appreciating our veterans or ‘our troops'” but rather with the simple fact that there’s no other moment at a football game when everyone’s attention is on something other than the game itself. The players are supposed to be entertainment but not allowed any other expression? Maybe if they wrapped themselves in flags, as so many of our politicians do?…
“Patriotism is the last refuge of the scoundrel.” – Samuel Johnson, 1775.
Thanks, Republican Party, for being consistent.”
Fetch Your News contacted Mr. Robinson for a follow-up response. Mr. Robinson remarked, “The fake “patriotism” of the proposed event may even be anti-patriotic, since it attempts to denigrate an expression of the First Amendment, which is one of the rights that our flag represents. It’s what the flag represents — our nation’s ideals — that are sacred. The cloth object is not itself to be worshiped nor is it the exclusive property of politicians who like to wrap themselves in it.”
Robinson says he is speaking for himself, not the Democratic Party as a whole.

Republican Chair Betsy Young says although she realizes her offers of inclusion won’t likely be accepted, it won’t prevent her from attempting to unite the Parties in the future.

Fetch Your News is a hyper local news outlet that attracts more than 300,000 page views and 3.5 million impressions per month in Dawson, Lumpkin, White, Fannin, Gilmer, Pickens, Union, Towns and Murray counties as well as Cherokee County in N.C. – FYNTV attracts approximately 15,000 viewers per week and reaches between 15,000 to 60,000 per week on our Facebook page. – For the most effective, least expensive local advertising, call 706-276-6397 or email us at advertise@FetchYourNews.com
Betsy Young Towns County Democratic Party Towns County GOP Towns County Republican Party