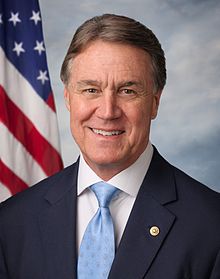 Acting on Tax: “The first thing is to get this tax bill that the President wants passed. The reason we need this tax package is to get the economy growing again and to put people back to work.”

Driving A Solution: “Right now I’m moving on and trying to drive to a solution on tax. I’m really optimistic that we will get to a tax bill because this economy wants to turn. Consumer optimism is at a 16-year high right now. If we move on this tax fix, I believe we’ll see a nice rebound next year.”

Lowering Rates: “We have to get the corporate tax rate as low as we can. President Trump wants 15 percent and so do I.”

Investing Back Home: “We can clean up corporate welfare as we work on deductions, but the real thing is we’ve got to eliminate is the repatriation tax. There is between $2 and $3 trillion stuck overseas in U.S. profits. That money can come back into the country as a capital investment and create jobs.”

Solving Fiscal Problems: “Job one is get the economy going, then start working on these redundant agencies. I believe if we get tax done this year, the economy starts to work, then we can start saving social security, whose trust fund goes to zero in 17 years, and Medicare.”