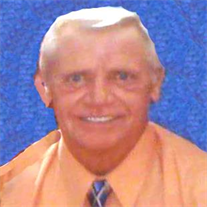 Mr. Burgess was born in Atlanta, a son of Lucille Nixon Burgess and the late Eugene Burgess. He had lived in Hiawassee for the past 12 years, moving from Stockbridge, Georgia. Gene was a member of Friendship Baptist Church in Hiawassee. When Gene was in Forest Park High School, he was very athletic and played all sports. For 14 years he coached girl’s softball teams, and enjoyed fishing and hiking. Gene was a kind-hearted person, and it was important to him to live to a high moral standard. He was always there for his children and grandchildren, and taking care of his family was important to him, especially taking care of his mother in later years. One of Gene’s favorite places was the beach, and was happy when his feet were in the sand!

Funeral services have been scheduled for Tuesday, August 29, 2017, at 2:00 p.m., to be held at Friendship Baptist Church in Hiawassee. The following gentlemen have been selected to serve as pallbearers: Maximus Hollis, Jay Hollis, Corey Burgess, Mike Adams, Randy Martin, Phil Carreker, Dwight McNabb, and Boyd Miles. Burial will be in Morganton Methodist Church Cemetery in Morganton, Georgia. Visitation will be held on Tuesday, starting at 12 noon, at the church, before the funeral starts at 2:00 p.m.

Arrangements have been entrusted to Cochran Funeral Home of Hiawassee. Please share your condolences and fond memories with the family on our website, www.cochranfuneralhomes.com.