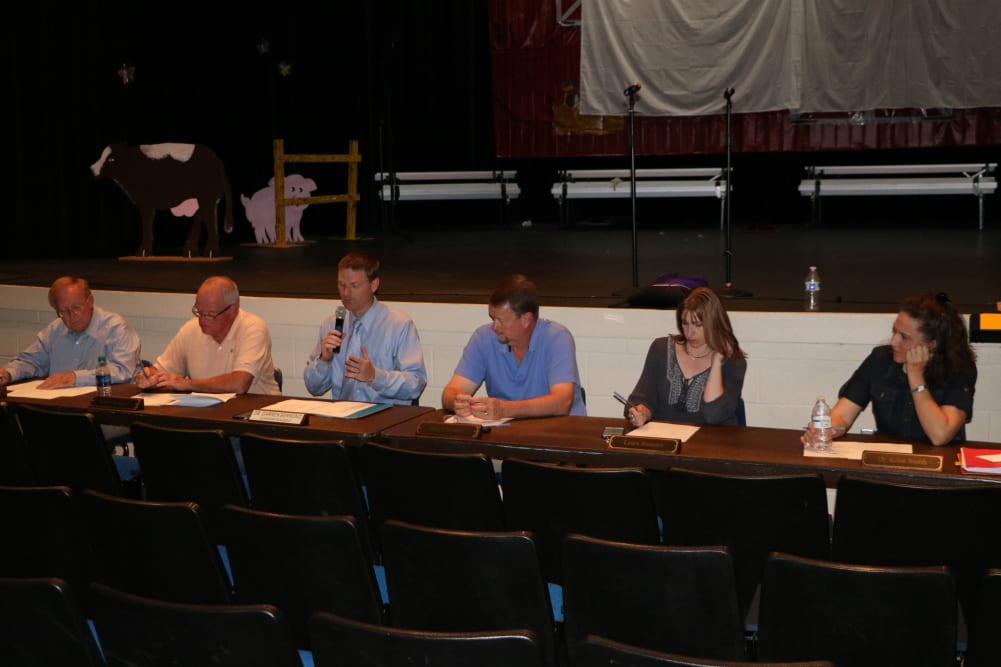 Dr. Berrong addressed the Tentative 2018 Budget saying that, though the Budget appears to have grown due to the State mandated two percent across-the-board raise and the planned School Modernization/Renovation Projects scheduled for summer 2018, the State is allotting significant moneys for the employee raise, and, some of the costs of the planned 2018 building projects that will come out of the General Fund will be reimbursed by the State. The requirement of holding two Budget Hearings had been met, he said. All Board Members had reviewed the tentative 2018 Budget and voted unanimously to approve advertising it.

Dr. Berrong addressed a proposed change in the School Nutrition charge procedure. He said that there is currently an outstanding unpaid balance for student meals of over $20,000. He said that the new procedure would set a charge limit of $15.00 per student; that they would be notified of their balance at $5.00 via a charge letter and at $10.00 via a phone call. There is a procedure in place, he said, that allows the school to substitute school meals with water and a sandwich for students (parents) that are overdrawn, but he is loath to enforce that. However, he said, the school system can’t afford to cover the $20,000, and, School Nutrition, at the end of the year, cannot be in the negative. He said they will be brainstorming on a way to solve this problem. The Board unanimously approved the new procedure. 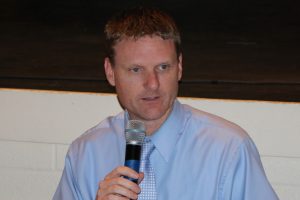 Dr. Page, reporting on the ES, said the 2016-2017 year is ending well with Parent Teacher Student Organization (PTSO) doing a fantastic job during Teacher Appreciation Week. Dr. Page said it was one of the best since she has been here at Towns County Schools. She said both she and the students were glad that the testing was finished. She reported that the new fourth grade lockers would be delivered on Thursday, May 11. Dr. Page described several events approaching with the end of the school year. She said the TKES evaluations are due and they are working hard to get them completed. Honors Day for the ES is May 16 at 9:00 a.m. in the Auditorium, she said, and Kindergarten graduation is May 17 at 9:00 a.m. in the MS Gym. 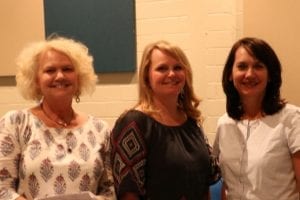 MS Principal Chastain said, in addition to what Dr. Page said about Teacher Appreciation Week, that the PTSO did a splendid job of making the teachers feel, well, very appreciated. She said testing for grades six through eight went very well with no irregularities having to be reported to the State. The TKES process for MS teachers is complete she said. She said the sixth grade will be going to World of Coke on Thursday, May 11 and, on the same day, Spring Special Olympics will be held in Union County. She said the Field Day schedule will be sixth grade on Friday, seventh grade on Monday and eighth grade on Tuesday. She said the fifth graders were going to have an orientation on the MS on Friday, May 12 and that a video had been created for them to see what the MS has to offer. She said the Band and Chorus would be performing end of year performances respectively on Friday, May 12 and Tuesday, May 16. Chastain said grades would be finalized on Friday, May 12 and report cards would be sent home with the students on Wednesday, May 17. Honors Day for sixth and seventh grades, she said, will be on Thursday, May 18 and eight grade Commencement will be on Friday, May 19 at 9:00 a.m.

Dr. Hobbs also thanked the PTSO and the community for their efforts and support during Teacher Appreciation Week. She added that they gave the teachers a mini massage, which was a huge success. She said eighth grade Orientation took place about a week prior to this Board Meeting and nearly 50 eighth graders showed up with their parents and siblings to find out about the HS and to choose their classes. EOC testing was completed last Friday, May 5 by noon with no make-ups. Field Day, she said, was a big stress reliever for everyone, especially when the teachers and coaches participated. The HS Band had their banquet last Saturday night, May 6, she said, and there was a packed house at the Macedonia Baptist Church on Sunday, May 7 where 42 of 85 seniors and their parents showed up. She said finals were in progress and should be finished by Friday, May 12. She said the FFA just had their banquet at Daniel’s Steak House and the Athletic banquet was Tuesday, May 10 at the Recreation Department. Friday, May 12 is the Senior Honors event at 9:00 a.m., she said, and she was pleased to announce that several new scholarships will be given out this year. She said next week they would have the first Educator Signing Day, where students who are planning to pursue Education as a career will be recognized. Underclassmen Honors will be on Wednesday, May 17 at 1:30 p.m., she said. Dr. Hobbs thanked Board Member Dr. Smith and the other doctors who are giving free physicals to student athletes. Dr. Hobbs thanked the Board Members for their support throughout the year.
Dr. Berrong announced that Graduation would be on Friday, May 19 at 7:00 p.m. at the Recreation Center. He said that it was customary for the Board Members to sit on stage and, though it isn’t mandatory, he urged all Board Members to attend.

Becky Lusk has obtained a grant from the DOE for up to $15,174 for a new convection oven for the cafeteria, said Dr. Berrong. He said the Board needs to approve any and all grants and recommended that this grant be approved. “It’s free money”, he said. The Board approved unanimously.

Students Harold Cox and Jessie Garrison, recommended by Roy Perren for temporary summer work at the school, were approved by the Board. Dr. Berrong said that they usually hire four students each summer and that Perren is actively seeking two more students.

Derrick Nolen, school band director for the past three years, has requested that he be allowed to resign. Dr. Berrong said that he has taken a position in another county that’s about two hours away. He said they will be opening up the position for interviews next week and recommended that Nolen’s resignation be accepted. The Board agreed and approved.

Diane Taylor was approved for the position of HS Instructional Support Paraprofessional.

The Board Meeting adjourned without an Executive Session.

A video of the entire TC Board Meeting can be viewed below.