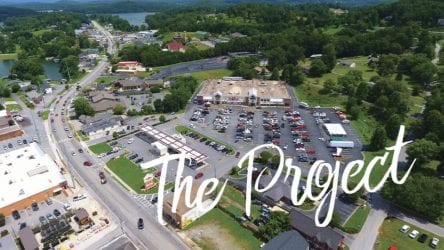 What more evidence do Americans need to be convinced that Obama hates America and is doing everything he can do to destroy it? Obama is an evil person, a crypto Islamists, constantly testing the resolve of the American people and our own weak politicians. Why do we continue to accept the evils of this man? Why does our Senate even consider any course other than nullification to neutralize Obama’s unconstitutional executive actions? Why do our politicians join the chorus of the high pitched screamers defending Islam as the religion of peace, while ignoring the depredations committed almost daily around the world in its name and, at the same time pointing the accusing finger of “Islamaphobic” at any dissenter?

If you believe that islam, with it’s soul deadening Shariah Law, is compatible with the US Constitution as the rule and guide of our lives then you are part of the problem. If you do, then it’s because you are yourselves muslim or, you stupidly subscribe to the belief that if you agree with them, you won’t be required to submit. “Let’s all be happy and live together in peace and harmony.” Can our people actually be this stupid? Yes, they can!

Islam, as we see it unfold before us in Europe and the Middle-east, is a fascist ideology that demands obedience from its adherents. Just as most of the citizens of pre-Nazi Germany accepted Hitler as their leader, mostly to avoid being beat up by his brown shirted thugs, by the time they realized their danger, it was too late. Here, it is not too late, yet!

Apologists say of Obama, “Oh, he hasn’t killed people like Hitler did.” Well, not yet! But, Hitler, Stalin, Mao, Pol Pot, Saddam Hussein, Idi Amin and Assad, despots all, killed millions of their own people after they gained power. They convinced their people that the Government would protect them and therefore there was no need for citizens to have arms to protect themselves. They destroyed all opposition soon after they took away all guns and made illegal any right to assemble or dissent. Sounds familiar doesn’t it?

The Second amendment of our Constitution placed no restrictions on the weapons Americans could own. Of course it was black powder and one shot guns then but, since then, except perhaps for full automatic weapons, the constitution still authorizes Americans to be armed. Our founders suspected that one day our freedoms would be tested. Well, that day is upon us. That was the reason they created the 2nd Amendment. They did not want Americans of the future to be equipped with flintlocks while the tyrants would be armed with more modern weapons.

The founders wrote the Constitution in such away that it would not need interpretation and they knew that one day, the rights guaranteed by that document and the people were going to be tested by some tinpot despot if he could get away with it..

Foreseeing the future, Thomas Jefferson, said: “The tree of Liberty must be refreshed from time to time, with the Blood of Patriots and Tyrants.” He was an early President of this fledgling country and refused to pay ransom to the muslim Barbary pirates. Jefferson declared war on them them and we won.

And now we have a capon in power that if given the chance will deliver our country over to Islam  by weight of numbers if needs be. America is facing a period of turmoil that will last a couple of generations at least. Our earliest hope to reverse this dreadful outcome, is to place real constitutional Americans in the seats of power and remove the weaklings ASAP. Remember, freedom is the goal, the Constitution is the way. Now, go get ‘em! (18 Feb 2016)