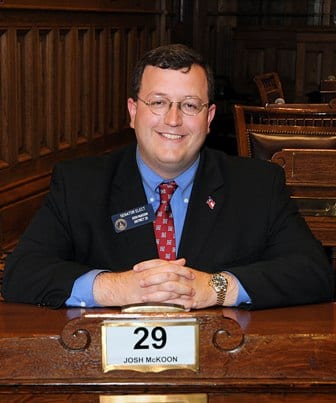 Who does the Pastor Protection Act protect; the Pastors or the Politicians?  The 9th District Representative, Kevin Tanner of Dawsonville sponsored the bill for Speaker David Ralston. The bill unanimously passed the Georgia State House. The bill now moves to the senate. We spoke Friday on Good Morning from the Office to State Senator Josh McKoon. Senator McKoon told BKP what he thinks about the bill and other religious freedom bills which he feels need to be brought up during the session. McKoon describes the bill in our interview as a political stunt and wants people to recognize that Democrats voted for the bill.

FYN also asked the senator about the assault on Freedom of Speech, SB127 and HB 370.  BKP suggests that perhaps Speaker Ralston call Senator McKoon and invite him to lunch.