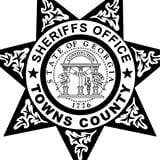 From the Sheriff’s Desk

This week I would like to tell you about some of the accomplishments for the year 2015. This is by no means a comprehensive list, but I wanted to cover a few of the highlights.

During 2015, we continued to offer the Citizen Law Enforcement academy (CLEA), a 10-week course, graduating two additional classes. Our CLEA alumni are now approximately 90 members strong and many of those are active volunteers for the sheriff’s office. In 2015, CLEA alumni worked a total of 1,686 hours. To put those hours into perspective, that is equivalent to a savings of over $34,000 in overtime. Volunteers assisted with the Georgia Sheriffs’ Youth Homes Annual Benefit Trap Shoot, which raised approximately $9,000 for Georgia’s most at risk children. They provided security for both the Summer and Fall sessions of the Georgia Mountain Fair. Additionally, members provided security for the concerts at the fairgrounds, as well as volunteered for the Towns County Business Showcase Event, and provided security for the Moonshine Cruz-In event at the Georgia Mountain Fairgrounds. Several CLEA members volunteered for additional training and handled office administrative duties at the courthouse and the Towns County Detention Center. Volunteers also provided assistance with ongoing Citizen Law Enforcement Academies and in helping with the Sheriff’s Christmas Parade and Empty Stocking Fund. We look forward to implementing additional volunteer opportunities in 2016. Thank you, CLEA volunteers!

As in each previous year of this administration, the Sheriff’s Office operated within the budget and identified new ways of providing more for less. These savings strategies allowed for the purchase of four additional low-mileage patrol vehicles, including two Ford Crown Victorias, a Chevrolet Impala, and a Chevrolet Caprice. All the vehicles were used, but in great condition with low mileage. One of the vehicles purchased only had 8,000 miles on it, one had 15,000 miles, one had 22,000 miles, and the last one just turned 30,000 miles. In purchasing the used vehicles with low mileage, the sheriff’s office is able to replace the higher mileage fleet vehicles. With an additional purchase at the start of January, all front line patrol vehicles are now under 100,000 miles.

Through a combination of budget savings and a donation from a homeowners association, we were able to purchase body cameras for each deputy. These body cameras have already proven to be beneficial in making criminal cases. They serve to protect the public as well as the deputies and are a great benefit to the community.

The Towns County community has supported the sheriff’s office in providing equipment to keep our officers safe. As with the previously mentioned body cameras, CLEA alumni and citizens donated two tactical patrol rifles, as well as providing upgrades for two additional patrol rifles.

In 2015, we were awarded a 2012 enclosed trailer which was used in a burglary in Towns County. Due to the fact that it was being used for a criminal enterprise, the sheriff’s office filed seizure paper work though the Enotah District Attorney’s Office. The trailer has been converted to a mobile command post. The command post will be used to respond to incidents reported in Towns County as needed.

These are a few of the accomplishments from 2015. I am very thankful for the opportunity to serve this community and want to say a special thank you to our staff and our volunteers for their dedication to the citizens of Towns County.